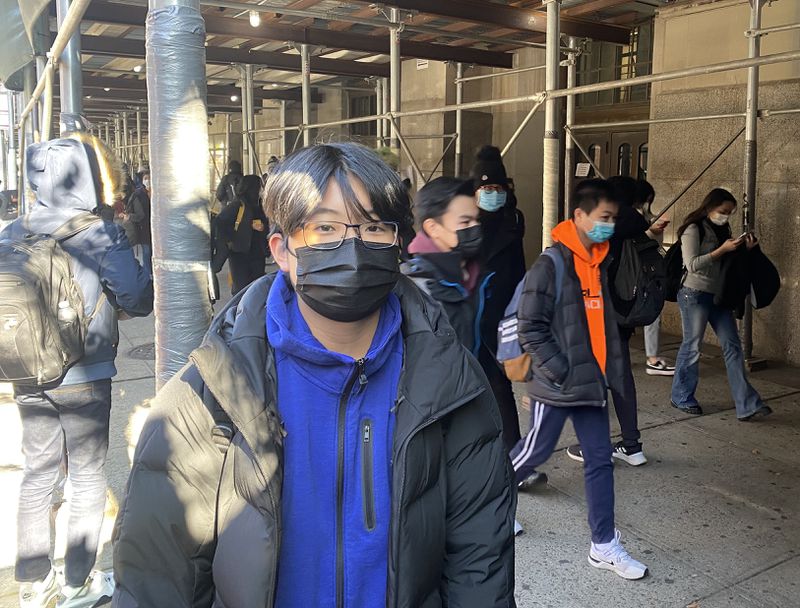 A number of students from various schools in New York City joined a walk out of their schools just before noon Tuesday to protest COVID-19 safety conditions in their classrooms.

One of the schools that joined the walkout is Brooklyn Technical High School, the city’s largest.

Sources said an estimated 600 kids poured out into18-degree temperatures to call attention to what they described as an unsafe and chaotic environment at their school with the ongoing viral surge driven by the highly contagious omicron variant.

“It doesn’t feel safe to be in school, to be honest,’ Danny Mui, a sophomore at the 6,000-student Brooklyn Tech said.

“In my classes, half the classes aren’t there. Some have COVID, some are afraid of COVID, and the school just isn’t doing anything about it,” Mui added.

Education Department spokeswoman Sarah Casanovas respected the decision of the students to conduct a walkout.

“We understand the concerns of our school communities during this crisis and wholeheartedly support civic engagement among New York City students,” Casanovas said.

“We’ve doubled in-school testing and deployed 5 million rapid tests to quickly identify cases, stop transmission and safely keep schools open. Student voice is key, and we’ll continue to listen to and work closely with those most impacted by our decisions — our students,” Casanovas added.

Meanwhile, in a tweet Tuesday afternoon, city Schools Chancellor David Banks vowed that he would meet with the leaders of the walkout.