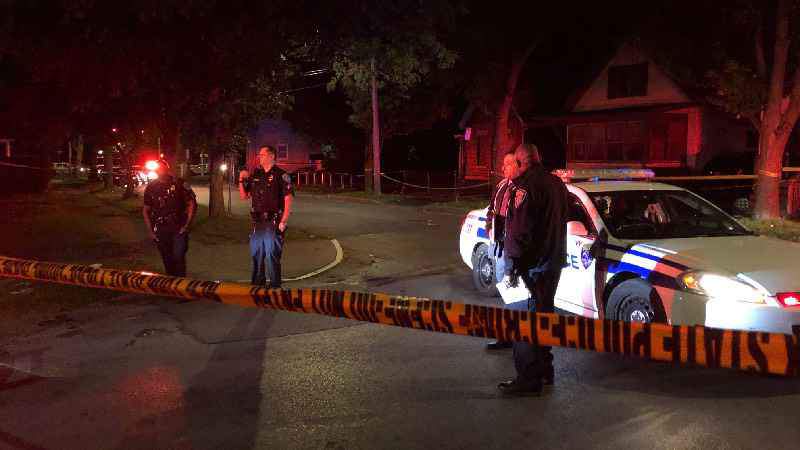 A city that has seen a myriad of controversies and tumulous protests since the death of Daniel Prude, earlier this year, Rochester faced another chaotic scene on Saturday, as a fatal mass shooting claimed the lives of two students, whilst injuring 14 others.

Described as a “horrific act of violence”, by Mayor Lovely Warren, an overnight shooting on Saturday brought further misfortune and threat to a city that has already been gripped by the double whammy of civil unrest and a pandemic. The two young 2019 high school graduates who lost their lives during the incident have been named Jaquayla Young and Jarvis Alexander. The names and number of perpetrators that were involved in the shooting are still unknown, and investigations are underway.

It has been reported that both Young and Alexander were innocent bystanders at a house party that grew out of control. An argument led to shooting, involving multiple guns and more than 40 rounds fired.

According to official Police accounts, the students of East High were attending a small, invite-only gathering, which later merged into a total of three parties at the venue. The party was also joined by people who earlier in the night had attended a vigil for another shooting victim. After reports and complaints from neighbors who awoke to the sound of gunfire, officials responded at 12:25 a.m. Saturday and reached the 200 block of Pennsylvania Avenue, finding multiple wounded and estimates of between 100 and 200 people at the venue.

Since July this year, owing to the coronavirus pandemic, large social gatherings have been banned between 11 p.m. and 5 a.m. under a mayoral executive order. Rochester Mayor, Lovely Warren, in a statement to the media, said “Please keep our city in your prayers. Keep the families in your prayers, of course, all these neighbors … who are all hurting and suffering and crying right now.”

Amidst the recent controversy around the investigation of Daniel Prude’s death, several Police officers, including Chier La’Ron Singletary, had been under fire for gross incompetence and mishandling of the video evidence. Acting Chief Mark Simmons said in the initial hours after the shooting, “This is truly a tragedy of epic proportions. I mean, 16 victims is unheard of, and for our community, who’s right now going through so much, to have to be dealt with this tragedy, needlessly, for people who decide to act in a violent manner is unfortunate and shameful…We’re going to do everything that we can as a department to bring those people involved to justice.”

Additional counseling services were made available at area churches and schools on Sunday to provide support to the community in response to the shooting. The city has recorded double the number of multiple-victim shootings so far this year than it did in the entirety of 2019, according to RPD statistics.