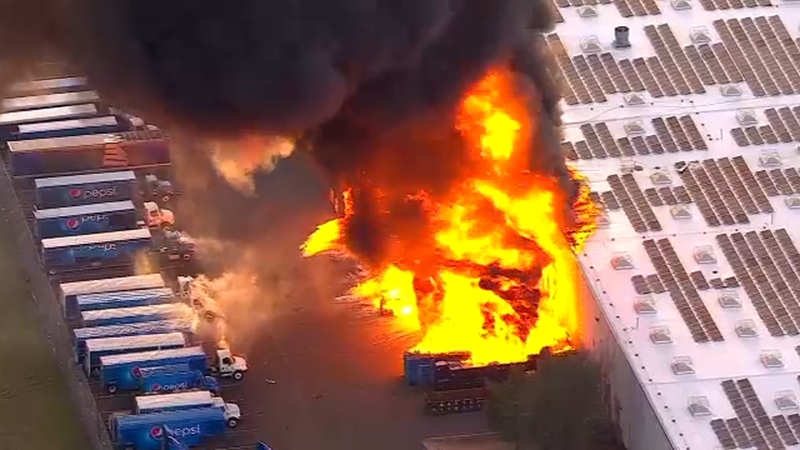 On Tuesday night, a massive fire broke out at the Pepsi factory in New Jersey, wounding two firemen who responded at the scene.

According to reports, ​​the five-alarm blaze at the Pepsi bottling plant in Piscataway ignited around 6:30 p.m. and sent gigantic flames into the sky as heavy clouds of black smoke choked the area. These conditions forced officers to shut down streets surrounding New Brunswick Avenue. Local residents reported hearing explosions that might have come from propane tanks and accelerated the blaze.

Flames and smoke could be seen from miles away. More than 100 firefighters from across the state worked to douse the inferno, including New Jersey Forest Fire Crews, at the ready because of the heavily wooded area that surrounds the plant that has been in use since the 1980s.

By 11 PM, the fire was brought under control, but multiple teams worked throughout the night to extinguish certain spots where the blaze continued to burn. As first responders from around the area fled to the scene, one firefighter was hospitalized with heat exhaustion and another smoke-eater received medical attention on the scene of a shoulder injury.

“All employees and people who were in the facility have been evacuated with no injuries,” Pepsi-Co reportedly said in a statement, adding the fire was under investigation, and the cause is yet uncertain.