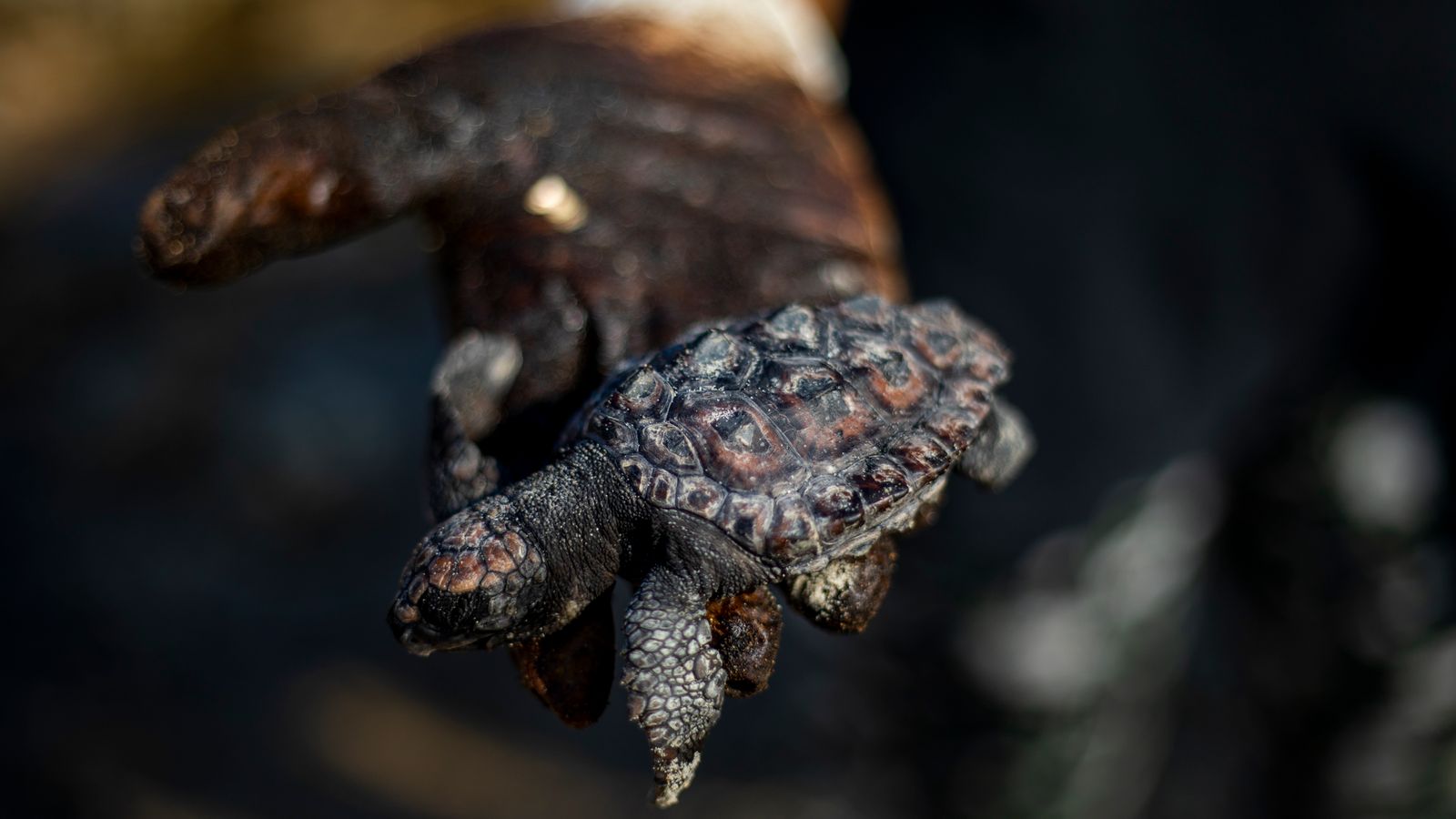 A toxic tar spill on the entire Mediterranean coastline of Israel has caused serious concerns for the country, as authorities are suggesting that this ecological disaster is one of the most serious coastal calamities to have befallen. The scope of the incident came under cognizance when a dead 17-foot whale washed ashore in Ashkelon on Friday.

Currently under investigation, a toxic tar spill in Israel over the weekend is believed to have been caused by an oil spill from a single vessel off of Israel’s coast. The black tar washed ashore following a significant winter storm. Following the disaster, Prime Minister Benjamin Netanyahu said before touring the beach in Ashdod on Sunday with Environmental Protection Minister Gila Gamliel, “Regarding the environmental damage that we are currently dealing with, I have asked that a report on the matter, which is still being investigated, be submitted to the next Cabinet meeting.”

Gamliel, in his statement, suggested that the cleanup will be costly and may take months, if not years, to complete. “In order to succeed, we need to raise tens of millions of shekels that will be invested in cleaning the beaches. We have the possibility of suing the insurance company of the ship that is responsible for the pollution and we will do everything to locate it. Our moral obligation to the public is to locate those responsible for the event. Our goal is to open the bathing season on time.”

Meanwhile, several volunteers working to clean up the substance over the weekend were hospitalized after inhaling toxic fumes. A government statement was released soon afterward, warning individuals were to steer clear of the beaches. “The ministries are asking the public to refrain from going to beaches from Rosh Hanikra, in the north, down to Zikim Beach in the Hof Ashkelon Coastal Council, until further notice due to the pollution of the Mediterranean Sea and the beaches from tar.”

As reported by Israeli media,  Professor Ilana Berman, head of the School of Marine Sciences at the University of Haifa, who is an expert on the matter, said “We have one beach here that is not very long, 180 km long [112 miles], most of it is now exposed to pollution from a single ship and it probably managed to reach most beaches. Even if they manage to clean what is visible on the surface, a large part of the pollution goes down and sinks to the bottom of the sea and you don’t see it.”