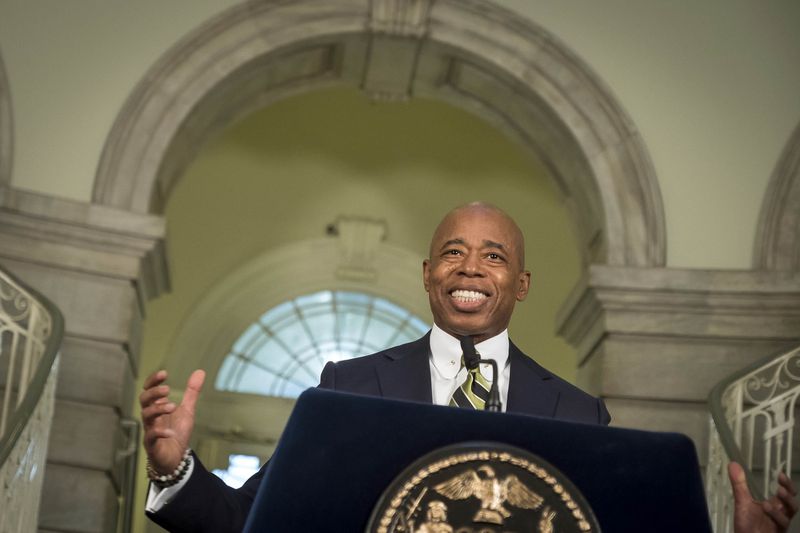 New York City Mayor Eric Adams cited a disturbing video of a Bronx mother and her autistic baby son being robbed at gunpoint as one of the reasons he created a new NYPD anti-gun unit.

On Monday, Adams tweeted the video to tell people why there is a need for an NYPD anti-gun unit.

“Mother and baby held at gunpoint during a recent robbery,” Adams tweeted.

Mother and baby held at gun point during a recent robbery. And a small group of people in this city are asking why we put an anti-gun unit in place. pic.twitter.com/3wjV5DASiv

“And a small group of people in this city are asking why we put an anti-gun unit in place,” Adams added in another tweet.

Sources said the video is from a March 9 incident in which Maxie Feliz, 35, and her 3-year-old son Max were robbed inside the lobby of their Kingsbridge apartment building.

Earlier, Adams vowed during the mayoral campaign to bring back a better, more restrained version of the NYPD’s controversial plainclothes Anti-Crime Unit.

According to reports, the unit was disbanded two years ago because its officers were involved in an excessive number of shootings.

Some officers had been sued numerous times or subjected to many misconduct complaints.

Two weeks ago, the new anti-gun Neighborhood Safety Unit, with officers working in a modified uniform, hit the streets.

The new unit took ten guns off the street a week since their return.