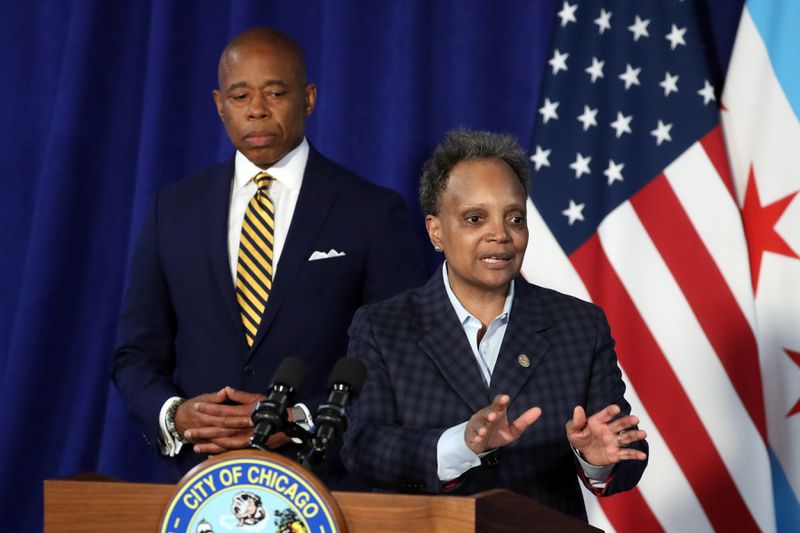 To make it earlier for anyone to join the NYPD, New York City mayor Eric Adams plans to scrap a city rule requiring NYPD officer applicants to earn college credits.

Adams revealed his plan on Friday after a closed-door meeting with Chicago Mayor Lori Lightfoot, whose administration recently scrapped a similar requirement for the Windy City’s police department.

“I like what the mayor is doing in the recruitment. We hear all over the country that there is a requirement problem with police officers,” Adams said.

“There were historical barriers preventing people from using life experiences to waives. We’re going to look to duplicate that in New York City,” Adams added.

Based on the current NYPD entry rule, NYPD officer applicants must’ve earned at least 60 credits from an accredited institution while maintaining a minimum 2.0 GPA.

Based on the new policy of the Chicago Police Department, applicants without college credits must have at least three years of professional experience in health care, education, social services, or specific trade industries, or prior work in the security, correctional, or law enforcement fields.