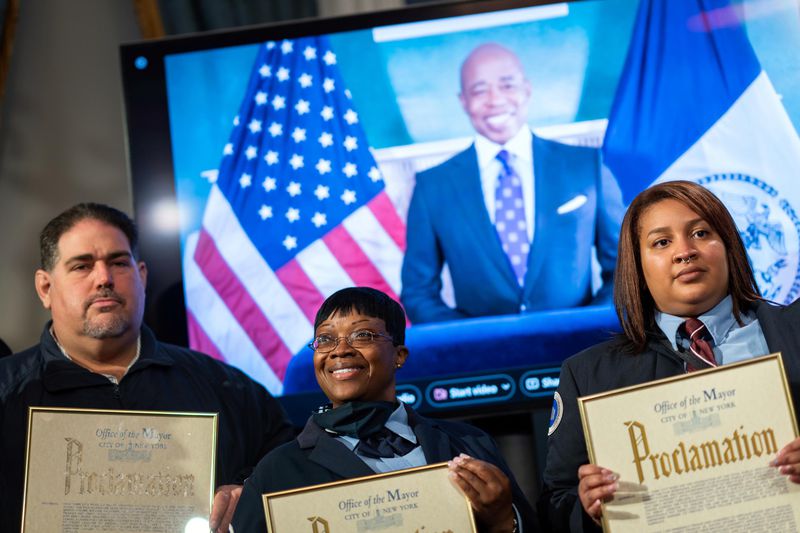 On Friday, New York City Mayor Eric Adams honored some MTA workers for their heroism during one of the bloodiest subway shootings in recent memory.

As a way of tribute for their heroism, Adams presented them all with proclamations honoring the service they provided to the city.

“I want to thank every single MTA employee,” Adams said.

“In this time of crisis, you kept the trains, buses, and ferries moving. You got people safely to their destinations. You continued to deliver the service that we expected. Today, I want to thank some of the heroes who were there on the scene,” Adams added.

Sources said Adams and Deputy Mayor Lorraine Grillo presented proclamations to train operator Joseph Franchi and conductor Dayron Williams, who helped straphangers exit the 25th St. station, Parla Mejia, who picked up frightened straphangers on the B37 bus she was driving that day, train operator Michael Catalano and conductor Willy Sanchez, who was running an R train and helped passengers escape onto it from the N train, train driver David Artis, and conductor Raven Haynes.