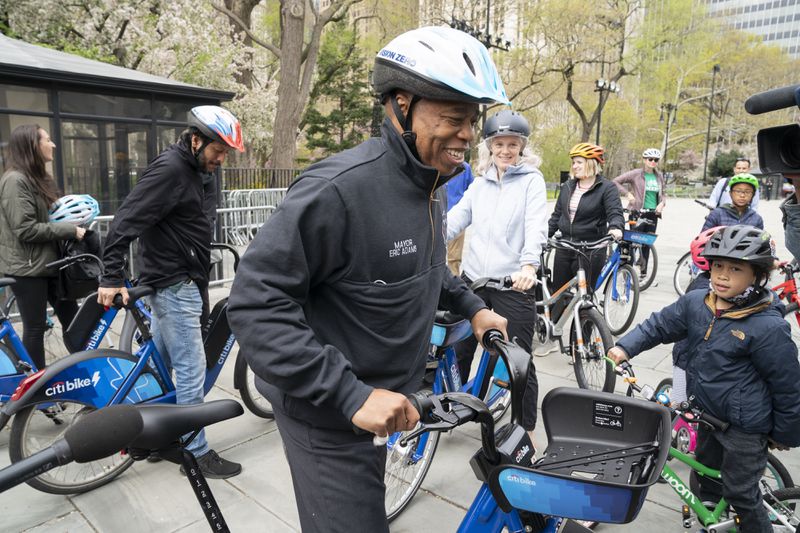 On Saturday, mayor Eric Adams said he hopes to allocate $904 million to makeover Big Apple’s streets in the next five years.

Adams said among the makeovers, he wished to implement the adding of hundreds of miles of bike and bus lanes and revamped pedestrian spaces.

Sources said the budget target makes good on legislation passed by the City Council in 2019 that mandated a “streets master plan” for the five boroughs.

The plant reportedly requires the city Department of Transportation to build 250 new miles of protected bike lanes and 150 miles of new bus lanes by 2026.

“This is a historic investment,” Adams said.

“We must do our part, and that is to ensure that the pathways are safe where people can feel comfortable and utilize the bike infrastructure we have. We are so far behind international leaders. If you go to other cities and countries across the globe, they are so far ahead of us,” Adams added.

According to reports, the proposed $904 million investment over five years must be worked out with the City Council as part of the city’s budget due at the end of June.

Officials said the amount is roughly in line with the $1.7 billion the Council 2019 estimated the street redesigns would cost over 10 years.