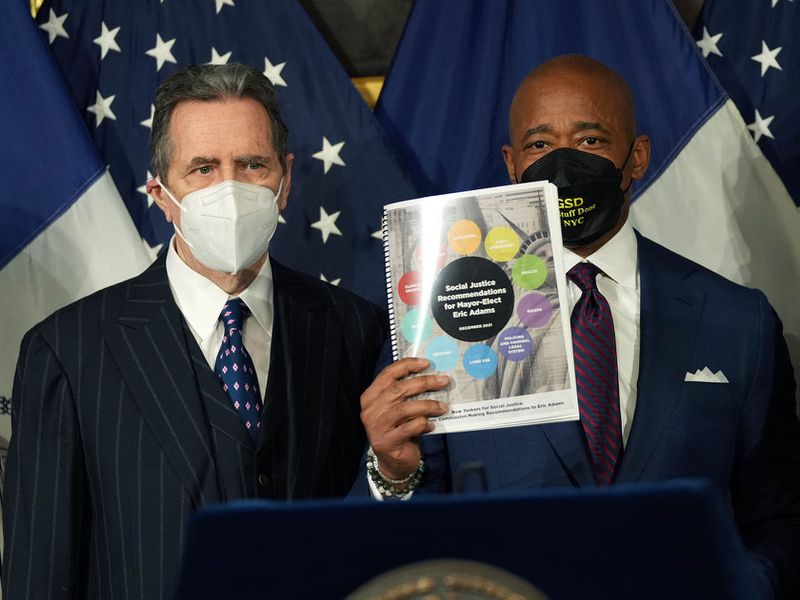 To show the world that freedom of speech is alive in New York City, Mayor Eric Adams on Monday sign an executive order that aims to better protect journalists and require city agencies to conduct a regular review of policies that could impact the public’s rights to free speech.

The order, also orders deputy mayors and city agency heads to revamp city policies in ways that “would advance the public’s rights to free speech and peaceable assembly.”

Adams acknowledged that while the First Amendment already protects free speech, his order is intended to make sure that it actually happens in practice when it comes to how city agencies operate.

“I was on the ground during Occupy Wall Street. We saw members of the press who were arrested, who were harassed, who were not allowed to cover the story — even those who were wearing their press passes,” Adams said.

“It’s one thing to have something in writing. It’s another thing to make sure that all of the agencies that are involved in protecting that authority and right in carrying out their jobs,” Adams added.

Adams made the move based on the list of recommendations made by a panel on social justice led by his political ally, Norman Siegel.

Sources said the panel also called for Adams to strengthen the Civilian Complaint Review Board by extending the statute of limitations for complaints against cops to three years from 18 months and create a commission to examine “the brutal, racialized history” of Rikers Island, as well as drastically lower the jail’s population.

In reaction to this suggestion, Adams suggested he would support some form of affirmative action when it comes to the police department by saying “there are ways to be creative,” such as making some positions within the NYPD civilian posts.

“We need to do an analysis … make sure the exams are fairer,” he said.

“We have to put the available people in the pipeline to be promoted,” Adams added.