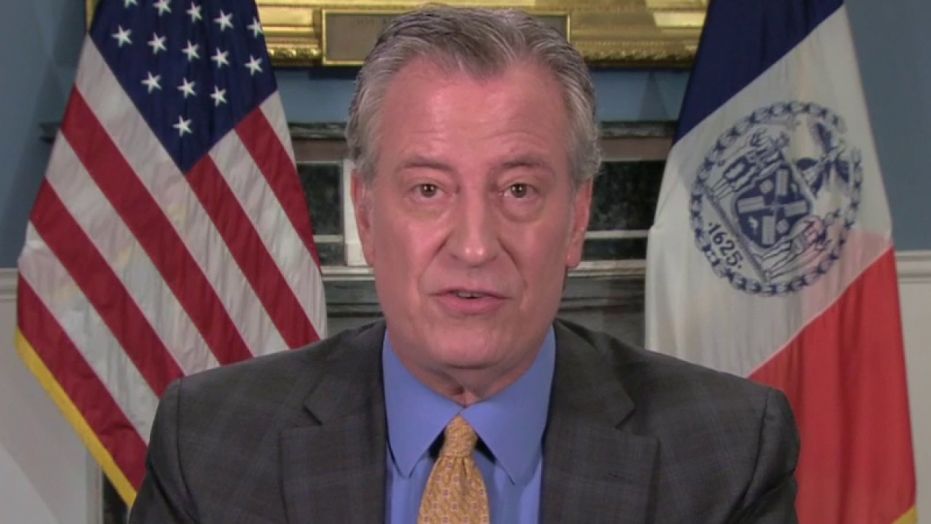 On Tuesday, NYC Mayor Bill de Blasio apologized to the Jewish communities in the city, so as to mend relations and ensure all grievances are settled through proper communication. Furthermore, de Blasio also expressed regret for how he handled a large Hasidic funeral in April.

Addressing ultra-Orthodox Jewish leaders in Brooklyn and Queens on Tuesday, Mayor Bill de Blasio professed that he was at fault in dealing with the pandemic in certain Jewish occupied pockets of the city, which in turn gave way to rising tensions. He admitted his faults and claimed that he didn’t clearly explain coronavirus regulations to the community in the earlier days of the pandemic, which has now translated into a second lockdown because of rising infection rates.

The funeral de Blasio referred to was held for a local rabbi in Brooklyn, which according to the organizers, the mayor had approved. Despite this, de Blasio visited the scene and harshly criticized “the Jewish community.” in a scathing tweet that damaged his seemingly stable relationship with the community, leaving them felt betrayed and singled out.

Apologizing for this behavior, de Blasio said during the City Hall press briefing on Tuesday, “That one night in Williamsburg I let my frustration and concern get away with me and I should have been more careful in my language and I’ve expressed my apology for that before. The No. 1 takeaway from the meeting is more dialogue. More communication is the way forward.”

After meeting up with a few community leaders on Monday night, De Blasio said they discussed how “painful” and “confusing” the pandemic has been for many members of their community, who’ve suffered disproportionately high rates of COVID-19 infection and death. A few of the participants included Rabbi David Zweibel, Rabbi David Niederman, and Rabbi Boruch Bender.

After apologizing, the Mayor turned towards Councilman Chaim Deutsch’s claims that de Blasio was not responding to any messages or concerns. He acknowledged during Tuesday’s briefing that Deutsch’s district and surrounding neighborhoods need more COVID-19 testing, yet some residents are wary of the procedure either because they don’t believe the science or don’t trust the government to accurately record the results.

He ended the address by saying that even though central Queens has been released from coronavirus restrictions, there’s still more work to do in the Brooklyn hot spots, but with better communication.