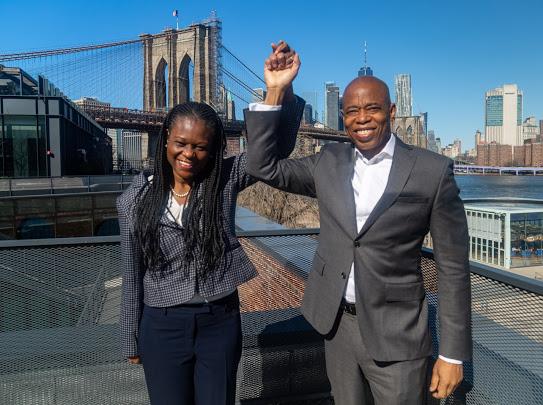 “We recognize and thank you for your dedicated hard work unifying and supporting Democrats – not only candidates and office-holders – but people of all ages, laborers, blue-collar citizens, and those in need of hope,” the letter addressed to the Party chair states.

Additionally, the supporters recognized Bichotte Hermelyn’s pivotal role in helping the Party to expand voting rights, increase voter engagement, embrace the next generation of female activists, allow county committee candidates to run under their preferred pronouns, raise the Party’s funds to the highest amount in history, and more.
“I am grateful and humbled by this overwhelming output of support from the community,” said Rodneyse Bichotte Hermelyn. “It is an honor and privilege to hold this role and help uplift and unite Brooklynites.

None of the progress we’ve made for the borough could have been achieved without our dedicated and diverse party members and district leaders. From the bottom of my heart, I thank every Brooklyn Democrat. As we look forward to the new year, the sky is truly the limit for what we can achieve.”