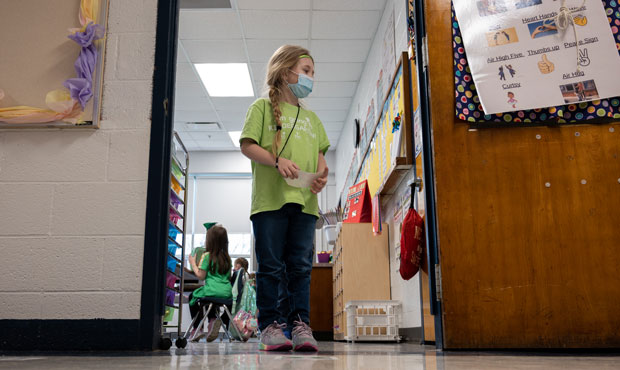 Mayor-elect Eric Adams Wants To Ends Mask Mandate In Schools By The End of The Year, Asserts He Will Follow Science

After his fresh mayoral victory last week, a hopeful Eric Adams claimed that he hopes all school children in NYC will be able to attend school maskless, by the end of the year.

Speaking to CNN’s Dana Bash on Sunday, he stated that he would like to see the mask mandate for the city’s youngest residents dropped if scientific data supports it. “If we can find a safe way to do it, I look forward to getting rid of the masks, but it must be done with the science. We’re not going back to turning out the city and closing it down,” he said Sunday on “State of the Union.”

Meanwhile, incumbent mayor Bill de Blasio has declared that starting this week, every public school that serves kids in that age window will have a dedicated vaccination day for those students. This amounts to about 1,070 school vaccination sites over the course of the week and about 200 school sites daily.

In contrast, when asked about dropping the mask mandates in schools, de Blasio said “I would say my general view is, out of an abundance of caution, I would keep the masks in place at least in the short term, because they really worked and because the kids have adapted to them well, the adults have adapted to them well. But I’ll also say as an everyday person, you know, I look forward to the day when we don’t need them.”