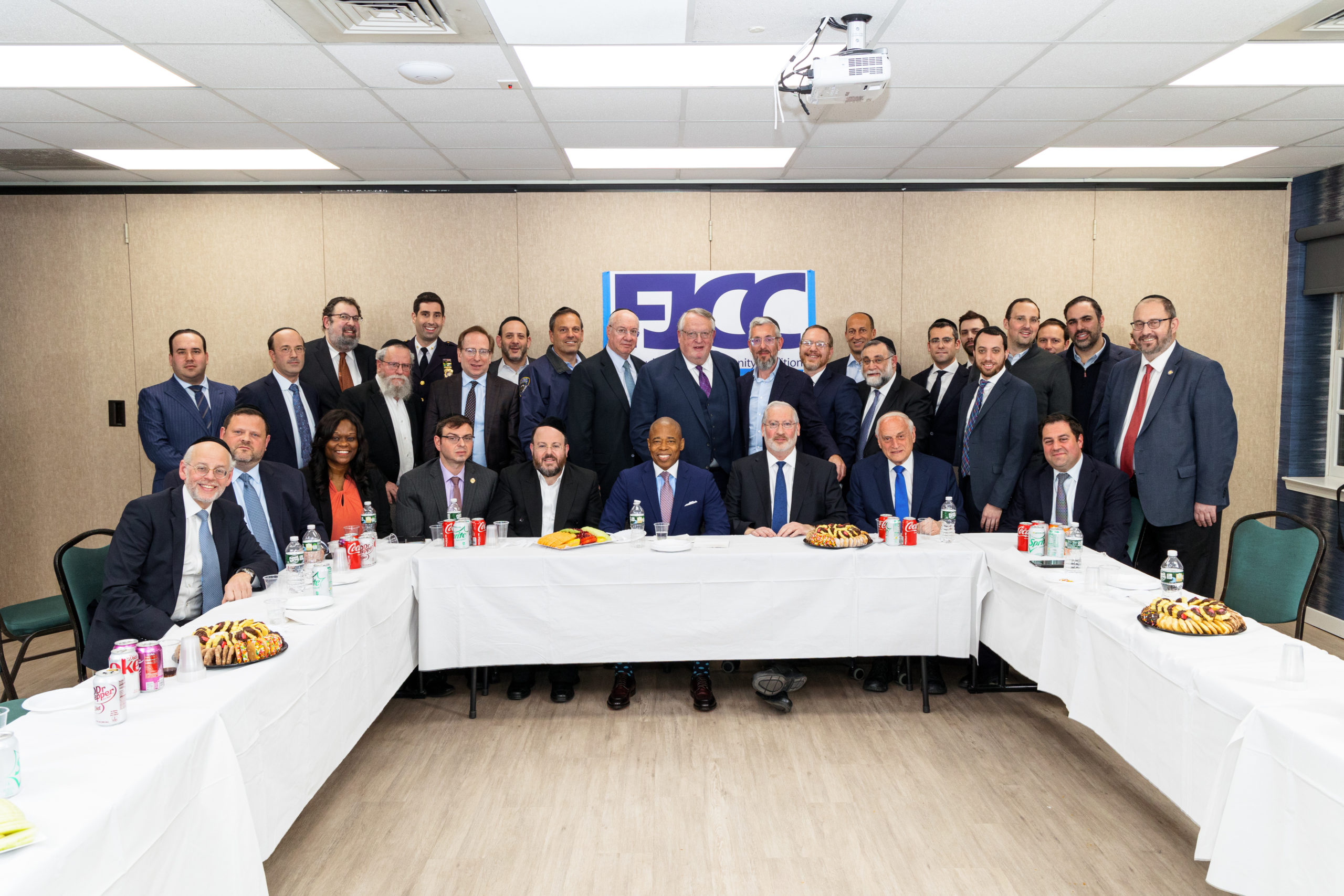 In one of his first community meetings outside of City Hall, Mayor Eric Adams met with the FJCC leadership, hosted in the Flatbush Hatzolah building. He was joined by senior advisor Joel Eisdorfer, and CAU Commissioner Fred Kreizman. Mr. Adams described the Flatbush Coalition as the linchpin of his support in the Jewish community and told those assembled that he would never forget their loyalty.

FJCC Chairman Josh Mehlman welcomed Mayor Adams and described his long-time relationship with the community and how the mayor fulfilled his promise to come back once he was in office. “The City had tragedies and snowstorms in the first month of his Mayoralty, yet Mayor Eric Adams’ solid leadership and positive energy kept him unfazed” said Mehlman.

Mayor Adams extolled the many virtues of the Jewish community in how charity is built into its very foundation. “If every community in the city was like this one, my job would be a walk in the park,” the mayor said. He praised the community as hard-working, constantly giving back, running their own schools, volunteer ambulances, and watch patrols while operating exemplary nonprofits that help so many. “We need to take this spirit of volunteerism and spread it across other communities,” he remarked.

The FJCC serves as the local representative of hundreds of Flatbush shuls and yeshivas, with board members representing a wide group of local organizations, including Flatbush Shomrim, Flatbush Hatzolah, Agudath Israel, Flatbush COJO and many others non- profits, unifying the strength and diversity of the Flatbush Community at the inaugural Mayoral meeting.

The mayor listened intently to a wide range of concerns, including public safety, rise of anti-Semitic attacks, the need to strengthen yeshivas, homelessness, mental health crisis, and unfair agency enforcement. The Mayor unapologetically called himself a compassionate capitalist and pledged to lead the renaissance of NYC businesses and implored the community leaders to help him. He further committed to engaging Flatbush leadership, moving forward, on how to better improve the efficiency of city agencies. The mayor thanked the Flatbush community for their continued steadfast support and friendship.