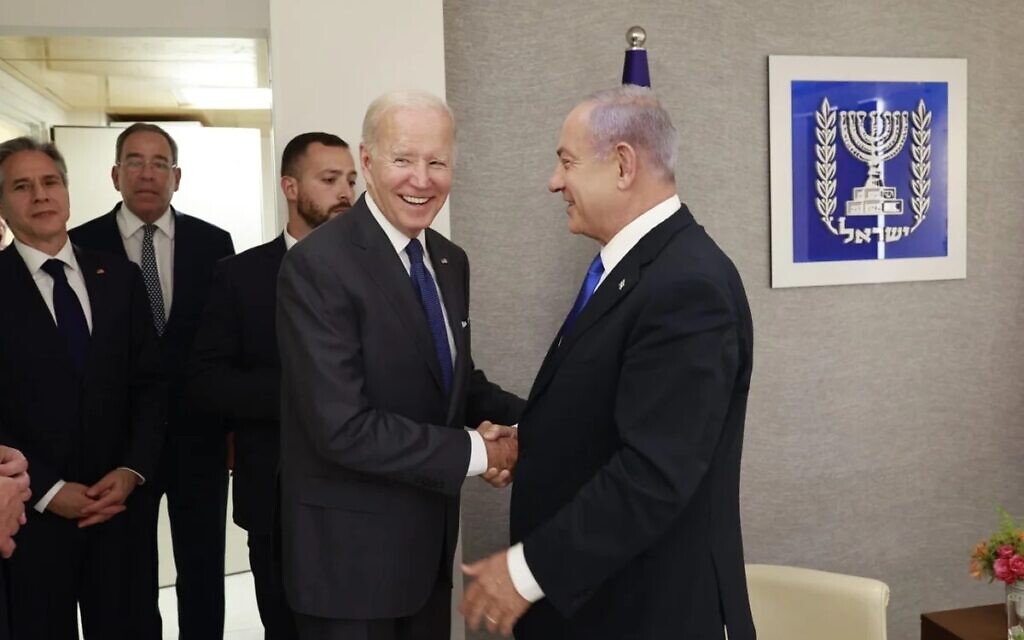 On Thursday, a meeting between US President Joe Biden and Former Israeli Premier Benjamin Netanyahu was deemed cordial and went on for about 20 minutes.

Netanyahu spoke to the press after the meeting, saying: “I had a warm, excellent meeting with US President Joe Biden. I thanked him for the deep personal friendship between us and for his truly firm commitment to the State of Israel, and also for the fact that when I asked for supplementary funding for the Iron Dome during the last operation in Gaza he succeeded in the mission and provided it. It wasn’t easy.”

“He supported us in many things over the years. We have been friends for 40 years, but in order to ensure the next forty years, we must address the Iranian threat. We need one thing, and I told him this – economic sanctions and not even a military defensive organization against Iran are not enough. We need a credible offensive military option against Iran. I think the agreement is lousy, I told him that, but I think without a credible military option it’s impossible to deter Iran.”

“This is my position, this is my commitment, and I very much hope that this is also the American position,” Netanyahu added. “Biden said he agrees with it and I was happy to hear that. That is what I will do if and when I return to the Prime Minister’s Office.”

“The meeting was warm and went well. We raised some memories, but we mainly talked about the global system and the challenges facing the United States and Israel.”