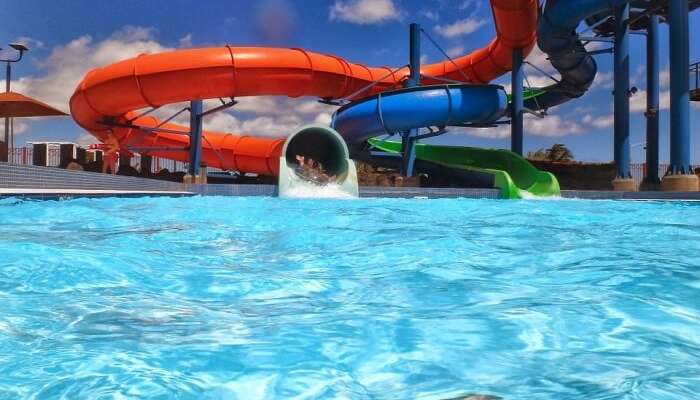 Mega-Waterpark To Open In Long Island This Fall

New Yorkers are in for a treat this fall as a mega-waterpark named “Ninja Warrior” is coming to Long Island. The project is slated for a 42.5-acre site on Middle Country Road in Calverton.

Town Supervisor Yvette Aguiar spoke to reporters at the NY Post, saying that the Island Water Park in the town of Riverhead is “going to be a smaller version of Disney,” and that it is going to be a “family-friendly entertainment at all skill levels. It’s going to be a year-round destination.”

Citing it as a boon for the economy, Aguiar said the attraction will also being creating partnerships with the community and “sourcing local businesses to utilize. It’s going to create over 500 employment opportunities. They’re going to provide a symbiotic relationship with our business, the hotels, the restaurants, and student interns,” she said.

More than 20 years in the making, and originally conceptualized by Eric Scott, the park,  will feature electric bumper boats with water cannons as well as a manmade lake. “It’s got a little of everything. And out here, there’s nothing for kids to do, so this is going to be groundbreaking for kids on Long Island,” Scott, president of Island Water Park said, adding that, “All we have is baseball fields and football fields. This is going to be surfboarding and Ninja Warrior parks.”

Riverhead Councilman Frank Beyrodt Jr. told the Post the “state-of-the-art” facility will draw more tourists out East. “It has a tremendous economic impact. It’s going to be an economic multiplier for the town of Riverhead that we are embracing,” he said.