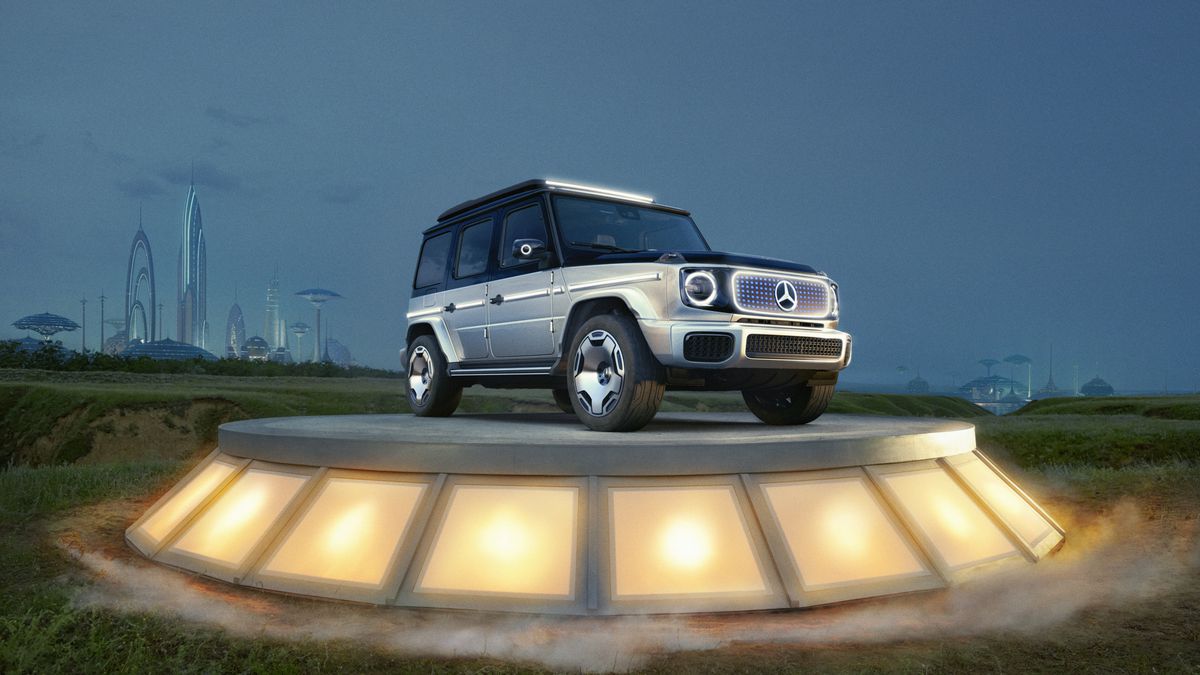 Showing off an all-new concept car that might soon be a reality, Mercedes-Benz revealed an electric concept version of its G-Wagen- a boxy luxury off-roader that looked visually stunning in the render.

Now known as the Concept EQG, Mercedes-Benz showed off the electric SUV at the 2021 IAA Mobility show in Munich. Claiming that it is a near-production concept, the company was a little light on the details but offered some intel on how the car would be.

With 22-inch wheels and a spare tire holder in the back that features a lockable box that Benz says can store a charging cable, the car features an independent front suspension and a solid rear axle. An electric motor powers each wheel, providing a four-wheel drive. No information was provided on power output, battery size, range, or suspension technology.

As far as the design is concerned, the G-class has the same upright silhouette, squared-off shapes, and round headlights of the classic G, but it also incorporates new design cues from the brand’s electric vehicles. A front black panel replaces a grille, and it has an illuminated ring and an illuminated Mercedes logo.

The German carmaker also said it will test the production-intent version on the 4,741-foot high Schockl mountain in Graz, Australia, at the end of its development to prove its off-road capabilities.