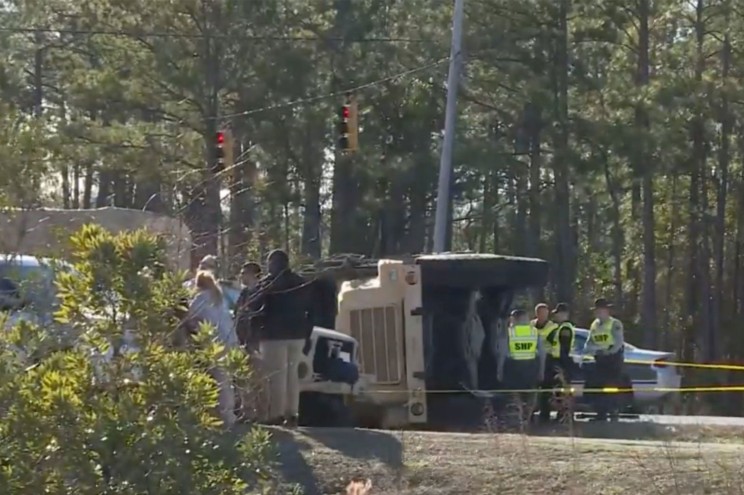 A military truck running at high speed flipped over at a North Carolina highway killing two US Marines and injuring 17 other soldiers on Wednesday afternoon.

The local police said the “7-ton” vehicle rolled over while trying to make a right turn, tossing passengers onto the street at State Highway 210 and US Highway 17 in Jacksonville at about 1 p.m.

The police added that a second military truck following the first struck one of the ejected passengers.

The dead and injured soldiers are all members of the 2nd Marine Logistics Group from Camp Lejeune.

Sources said the teenage service member who was driving the truck is now reportedly facing charges in the crash for driving at an unsafe speed when he allegedly lost control of the 7-ton, which is used to transport troops and equipment.