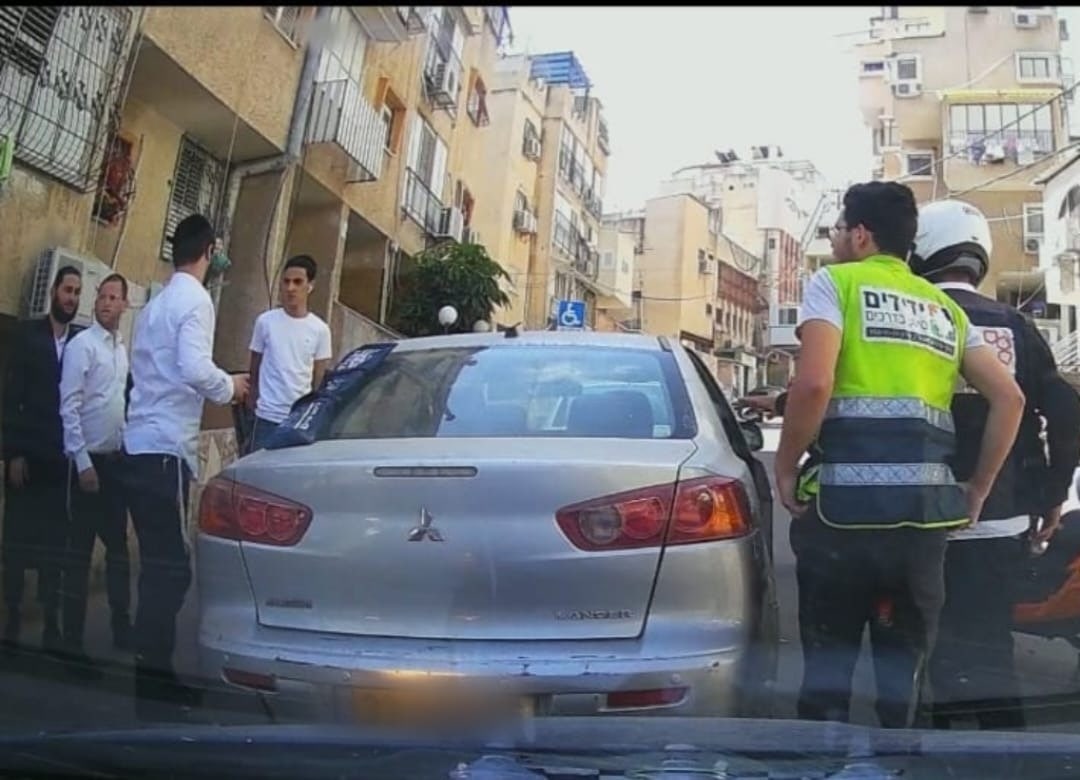 MIRACLE IN BNEI BRAK: Toddler is lucky to be alive after being forgotten in a hot car.

As the summer is upon us, people are reminded to be cautious when leaving their vehicles to make sure no one is left behind.

A miracle in Bnei Brak played out after a pedestrian spotted a toddler sitting in an extremely hot vehicle.

At around 10 am, Yedidim of Bnei Brak received a call from a pedestrian after he spotted a 2-year-old sitting in an extremely hot car on Even Ezra Street.

Moments later, Yedidim volunteers were on the scene and opened the vehicle with no damage to the car.

“I left my house nearby and when I arrived I found a passerby, who thanks to vigilance found a toddler who was forgotten in a vehicle, said Avi Chayat, a volunteer of the Yedidim organization. I acted quickly and opened the doors, with more volunteers joining me, said Avi. “We called the police and eventually we found the father in a nearby building. Together with him, we expressed appreciation to the passerby who spotted the toddler and prevented a disaster.”

Yid Info reminds us to “look before you lock,” it will prevent tragedies.