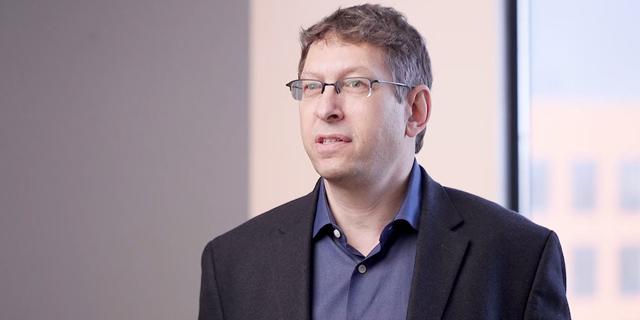 Moderna CMO Lauds Israel, Says It Was One Of The First Countries To Believe In Vaccine Candidate

Applauding Israel’s response to science and innovation, particularly with respect to the coronavirus vaccine, Moderna’s CMO Dr. Tal Zaks said that Israel was one of the first countries that believed in them, and claimed that the funds that Israel paid them aided the company in achieving its goal. Moderna’s vaccine candidate, as of last week, has proved to be 94.5% effective in combatting the virus and is on track to seeking emergency approvals.

Speaking to ‘Globes’, Israel-born Dr. Tal Zaks said, “Israel was one of the first countries that believed in us,” Zaks told Globes. “The advance that Israel paid helped to build the company’s production lines. Together with other countries that reserved doses in advance, it will receive doses that have already started being produced in Switzerland by our partner Lonza.”

A forerunner in developing tests and even their very own vaccine, Israel has given impetus to various global vaccine efforts, and has also, as of Sunday, made a deal with UK-based Astra Zeneca to supply 10 Million vaccines to the country. Zaks also said that Israel’s supply from Moderna will be one of the first shipments from the pharma’s production line in Switzerland. Israel has purchased 1-2 million vaccine doses from Moderna, while it is also in the later stages of testing its own vaccine.

In his interview, Zaks also referred to rival Pfizer’s results, which were upped to 95% within two days of showing 90% efficacy, saying, “The results are very exciting and match the optimism we had thanks to the excellent results in the Phase I trial in which we demonstrated that we succeeded in producing a large number of neutralizing antibodies. After we saw Pfizer’s results, we were altogether optimistic. I think that these results strengthen the optimism not just about RNA immunizations, but in general the correlation between neutralizing antibodies and a genuinely good result in humans, that is to say, they strengthen the chances that the other vaccines that have successfully passed Phase I trials will succeed, and I wish all of them success.”

As of now, Moderna and Pfizer are both scheduled to meet with the US Food and Drug Administration (FDA) within the next several weeks and present its safety and effectiveness data. If it receives FDA approval, it will begin sales of the vaccine in December.