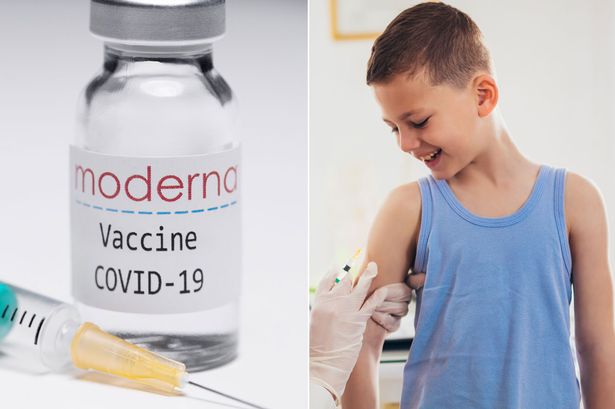 On Wednesday, pharmaceutical giant Moderna, who has submitted its promising vaccine candidate to the FDA for an emergency approval, announced that it will test its potential COVID-19 vaccine on teens and children.

The second coronavirus vaccine contender, after Pfizer, to commence vaccine trials on children as young as 12 years of age, Moderna announced on Wednesday, that its 94.5% efficacious M-RNA vaccine will now move on to the younger demographic.

The study will include 3,000 children aged 12 to 17, with half receiving two shots of the vaccine four weeks apart, and the other half getting placebo shots of saltwater. The trials will be held across six states in the US, including  Idaho, Minnesota, New York, Oklahoma, Texas, and Utah.

As is the protocol, Federal officers almost always sternly suggest and encourage vaccine makers to get the inoculation tested on children, so as to determine its overall accuracy, and to rule out any side effects among the younger population. As reported by the New York Times, the company is yet to open testing sites or accept volunteers for its kids’ study.

On Monday, however, Moderna has already filed an application seeking emergency approval from the Food and Drugs Administration, which will be closely studying both- the Pfizer as well as Moderna vaccines, before granting approval. If all goes well, the approval may be granted as soon as the 17th of December- giving way to the immediate distribution and administration of the vaccine to the Phase 1 recipients that will mostly include frontline medical workers and residents of long-term elderly care facilities.

Although the vaccines are now mandated to be tested on children, Dr. Anthony Fauci, on Sunday that it will be “months” before school-age kids will get a vaccine because kids are more vulnerable. “It’s going to be months. And the reason is traditionally when you have a situation like a new vaccine, you want to make sure, because children, as well as pregnant women, are vulnerable. So, before you put it into the children, you’re going to want to make sure you have a degree of efficacy and safety that is established in an adult population, particularly an adult, normal population.” Fauci told NBC anchor Chuck Todd on “Meet the Press.”

The top doctor went on to say that the process will involve what’s called a “bridging study” that will look for similar results as the adult trials. “You can say, okay, now we have safety in the children. We have comparable immunogenicity, namely the same type of immune response,” Fauci said. “We can get this expeditiously approved for the children before going through a 30,000 person trial that may take a longer period of time.”