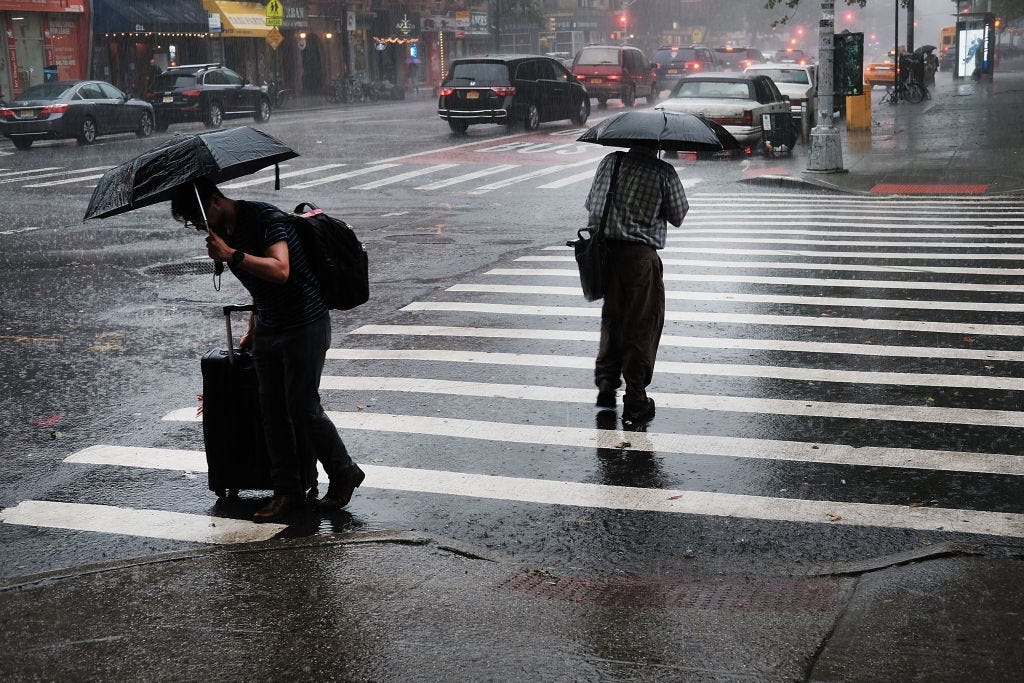 On Monday, following last week’s intense rainfall, more storms are predicted to make their way towards New York, leading to the possibility of flash floods in areas that are prone to waterlogging.

A flash flood watch has been issued for another round of heavy rain in the forecast from Monday through Tuesday morning. According to the National Weather Service flash floods are expected across New York City, central New York, southern Connecticut, and northeast New Jersey ahead of another round of rain and storms moving into the area. According to meteorological studies, the storms may develop Monday afternoon and could bring 2 to 3 inches of rainfall by Tuesday morning.

As reported by Storm Team 4 NY, strong thunderstorms could strike Monday evening and into the late hours, some with the possibility of turning severe. Temperatures stay in the mid-80s on Monday before things begin to heat up midweek. Once storms start to finally clear out, Storm Team 4 says temperatures will spike back into the upper 90s Thursday and Friday. Then more showers return for the weekend.

The warning comes just days after the downpours that flooded subway stations and highways. “As the front sinks back to the south Monday night, the front will continue to focus thunderstorm activity and heavy rain potential over the watch area, especially in and around the New York City Tri-State area,” the weather agency said in its watch statement. The flood watch is in effect from 2 p.m. Monday until 10 a.m. Tuesday.