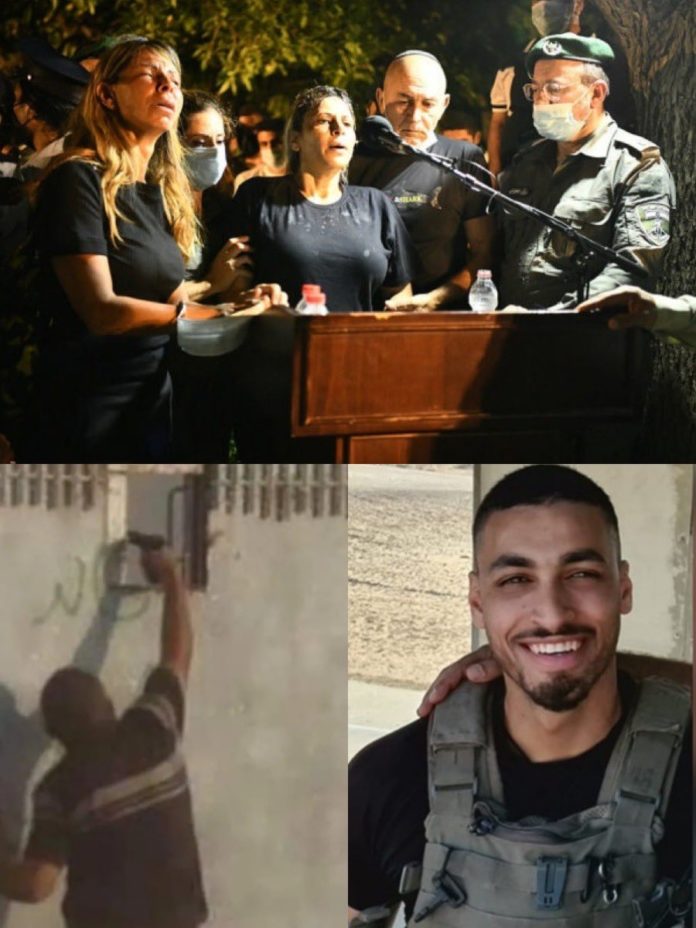 The mother of an Israeli border police officer who died during a violent protest on the Gaza border last week, wants Israeli prime minister Naftali Bennett to resign from his job.

Nitza Shmueli in a eulogy of her son Barel Hadaria Shmueli, at his burial, faulted Bennett and the officers of her son for the incident.

Nitza said they feed her 21-year-old son to the terrorist to be killed since he was not allowed to shoot unless attacked by the terrorist.

“Bennett, be brave and give up your position quickly. Bennett is sitting with the heads of Hamas in the Israeli government, what a disgrace for us!,” Nitza added.

Thousands of people joined Nitza in the burial of her son and they all share her grief.

Shmueli died earlier after he was hospitalized for more than a week.

Shmueli landed in the hospital after he was shot in the head by a Palestinian gunman on Aug. 21.

In the initial police investigation, the victim was doing his work when the suspect shot him at point-blank range during a demonstration staged by Hamas, the Islamic militant group ruling the Gaza Strip.