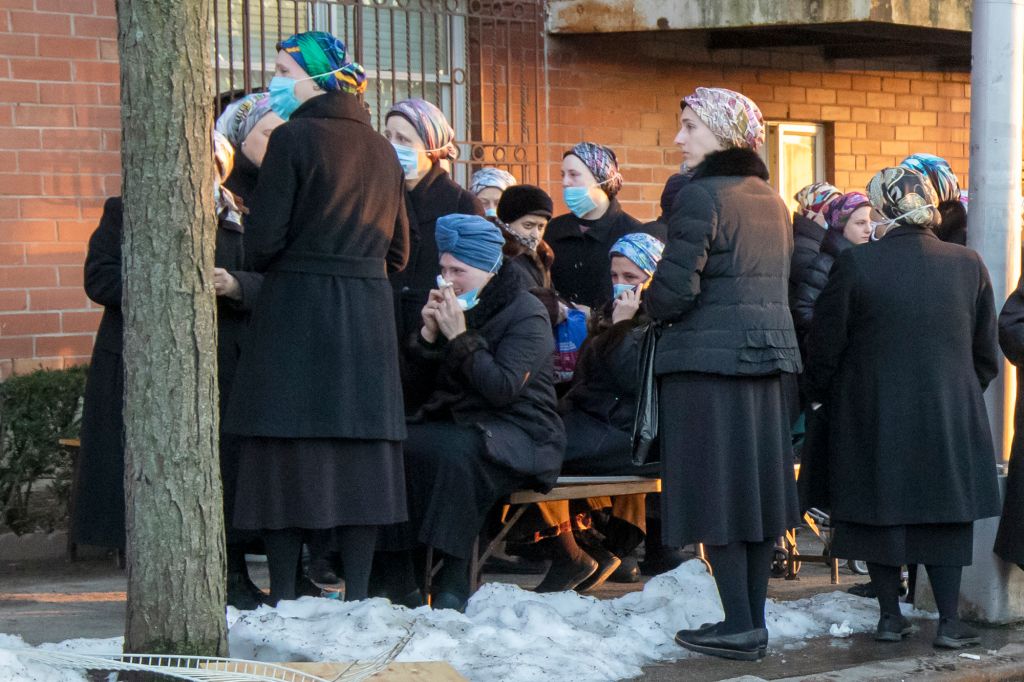 Devastated and grief-stricken over the loss of a boy aged 6, who was killed by a school bus, the Orthodox community in Brooklyn gathered to pay their respects to the “special child” who was wise beyond his years.

The Father of little Shimon Fried remembered his son as a “special child,” as he spoke to relatives, friends, and other members of the Orthodox Jewish community in South Williamsburg on Wednesday evening. “He wanted to learn and grow,” Shimon’s father Malky Fried said in Yiddish.

The crowd of about 200 was brought to tears in the hour-long ceremony, as the grieving dad recalled how his son, even as a toddler, “always wanted to grow and be better.”He is a very holy child,” Fried continued. “He did unusual things for his age. He was like a rabbi… he was a special child.”

The funeral took place on Wednesday evening, just hours after the tragic accident at South 5th and Hooper streets, where authorities said the young boy was stepping into the street at around 8:30 a.m. when he was struck by his yellow school bus as it drove away.

The child’s 9-year-old brother got on a yellow bus, operated by a private company, at South 5th and Hooper streets in Williamsburg just before 8:30 a.m., police said. The younger boy then stepped into the street and was struck by the bus as it drove away, Sgt. Robert Denig of the NYPD Highway Patrol’s Collision Investigation Squad said at an afternoon press conference. “That child should have been getting on to the bus,” Denig said.

About two minutes later, a B60 MTA bus driver spotted the boy’s body in the street and called a dispatcher, who dialed 911, Denig said. EMS responded and the boy was pronounced dead on scene.  “[The bus driver] was the first one to notify the authorities about the body being on the ground,” Moises Del Rio, the Transport Workers’ Union Chair for the Grand Avenue Depot, told the New York Post. “She was the first one that noticed it, actually. The body was laying there….She told me there were five or six cars ahead of her that drove right by it.”

“She observed the bus stop, and noticed a plastic bag lying on the ground. That caught her attention. She got off the bus to check it, and saw it was the child there laying dead.”

“She took the bus, she angled it to block the road so nobody could pass,” he added.

The school bus driver did not make it all the way to the school — which was not identified by cops — before he was located by the NYPD and stopped, Denig said. He is being interviewed by detectives, the sergeant added.