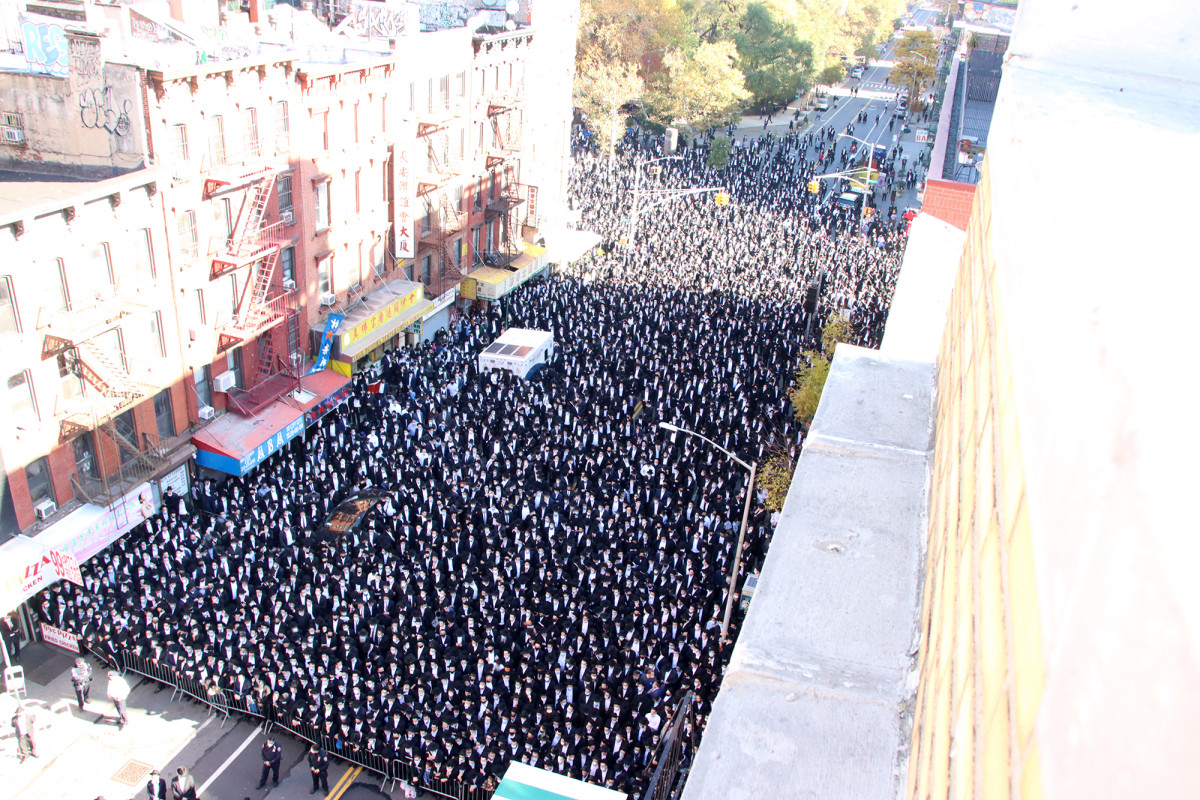 Swarms of people from the Jewish community, on Sunday, gathered to mourn the loss of the beloved and influential Rabbi Dovid Feinstein. Offering condolences and paying homage to the international religious leader, attendees in Broadway gathered to commemorate the funeral that happened at a local Yeshiva- Mesivtha Tifereth Jerusalem.

A well-regarded figure among Orthodox Jews, Rabbi Feinstein, 91, took over his father Rabbi Moshe Feinstein’s duties and led the Mesivta Tiferes Jerusalem yeshiva on East Broadway since 1986. He has since gained a stellar reputation worldwide as a renowned halachic authority and Torah scholar.

In a video posted on Twitter by ‘The Lo-Down’, scores of devout Jewish residents were seen gathering at the area, trying their best to maintain social distancing norms given the COVID-19 restrictions, but the sheer volume of the masses could not allow any scope for space.

In the recent past, Jewish communities have been targeted in New York for the celebration of funerals, weddings, and other religious festivities. Both de Blasio and Cuomo have asked the communities to stop these gatherings, as they represent a potential superspreader for the virus.

This being said, Rabbi Feinstein’s untimely death was a day of sorrow for the community. As reported by the NY Post, the Orthodox Union, a Jewish organization, said in a statement, “The world has lost a Gadol baTorah [giant of Torah]. We will miss his Torah leadership, his astounding and deeply insightful wisdom, as well as his warmth and accessibility. Aside from Rav Dovid Feinstein’s celebrated scholarship, his piety and modesty were legendary. Any interaction with him served as a lesson in how one can embrace one’s own humility without diminishing one’s sense of responsibility.”

Meanwhile, as cases continue to surge in New York, on Saturday, it had been reported that the positive-test rate for COVID-19 hit 2.35 percent Saturday — the state’s highest level in more than five months. According to a tweet by Governor Cuomo, there were 145,642 tests reported performed in New York for the day, and out of them, 3,428 came back positive, or 2.35 percent. He added that “sadly, there were 18 COVID fatalities.’’

Source: The Lo Down

Saturday’s positivity rate followed a 2.2 percent level on Friday which came after Thursday’s 2.0 percent. The last time the state went past 2.35 percent was June 1, when its number of positive tests hit 2.5 percent.