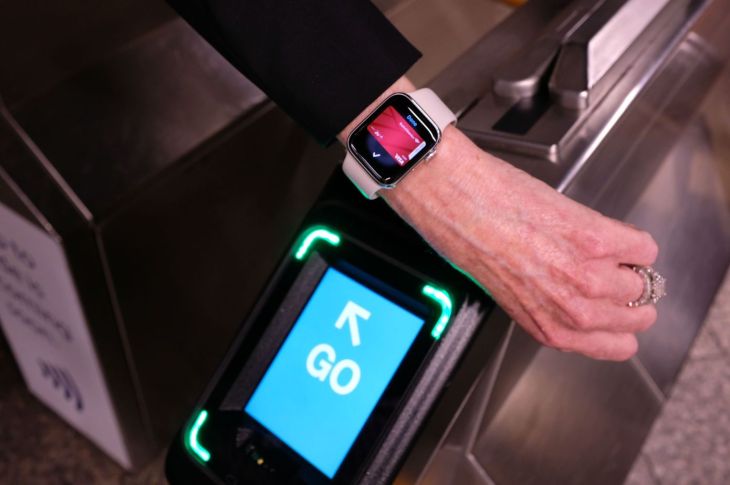 As MetroCards will soon stand redundant whilst traveling in New York City, the Metropolitan Transportation Authority announced late last week that it had completed the rollout of tap-to-pay scanners at all subway stations and on all of its buses throughout the city. Rolling out an all-new system titled OMNY, the MTA will now work towards phasing out the plastic MetroCards by 2023. As of now, the new tap-to-pay system is available at 472 stations and on 5,800 buses in total.

Simple, modern, and a lot more affordable, the new tap-to-pay system will now speed up entry into buses and subways and reduce costs throughout the transit system. All you will be needing to use the new systems would be a phone that supports NFC-based mobile payments. Last week, the MTA completed the installation of over 15,000 OMNY readers at all 472 stations, on all 5,800 buses, and at Staten Island Railway stations represent the culmination of the first major phase of the multi-year project.

“This is a big day for the MTA,” said Patrick J. Foye, MTA Chairman, and CEO. “When we launched OMNY, I knew Al Putre, Wayne Lydon and the entire team we’d assembled to lead this tremendous effort were incredibly talented, but I still couldn’t have imagined what they would encounter in order to make this project a reality. Through it all, they persevered and got it done. Al and his team have truly delivered for our customers.”

As proposed, later in 2021, the MTA will begin selling tap-to-pay cards that can be used in place of a phone, since not all riders own a smartphone. Support for reduced fares for senior riders and riders with disabilities will come at some point this year, too.

“We did it, and we did it on time, like I promised we would,” said Al Putre, MTA OMNY Fare Payment Programs Executive Director at Eastern Parkway–Brooklyn Museum station. “We did it on a budget too. I remain immensely proud of the MTA team responsible for bringing a truly modern fare payment system to all of our 5,800 buses and all 472 subway stations as well as to our partners at Cubic Transportation Systems for their great work. We endured a range of challenges, but stared down adversity every single time and got the job done. Not even a once-in-a-century pandemic could stop us from implementing a once-in-a-generation fare payment system.”

Apart from launching a campaign called “Tap On, Get On” to educate citizens about how things will work with the OMNY, the MTA will also be amping up the digital experience by revamping the OMNY website and launching the OMNY mobile app later this year.