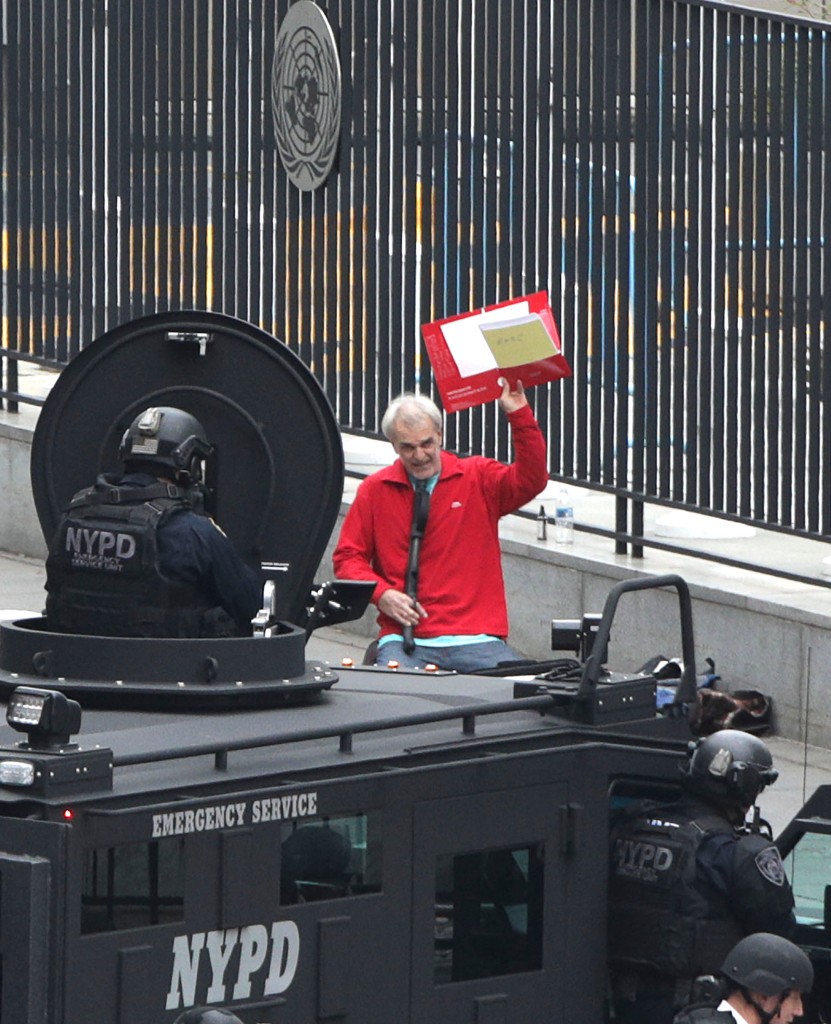 The New York City Police Department filed multiple criminal cases against an armed man who causes a standoff with police officers outside the UN headquarters on East River on Thursday.

The police said after a three-hour standoff the suspect who was carrying a shotgun decided to surrender.

Upon his surrender, the suspect gave a stack of papers to NYPD to be given to someone in the United Nations to review.

The NYPD for its part vowed to give the documents to the UN personnel.