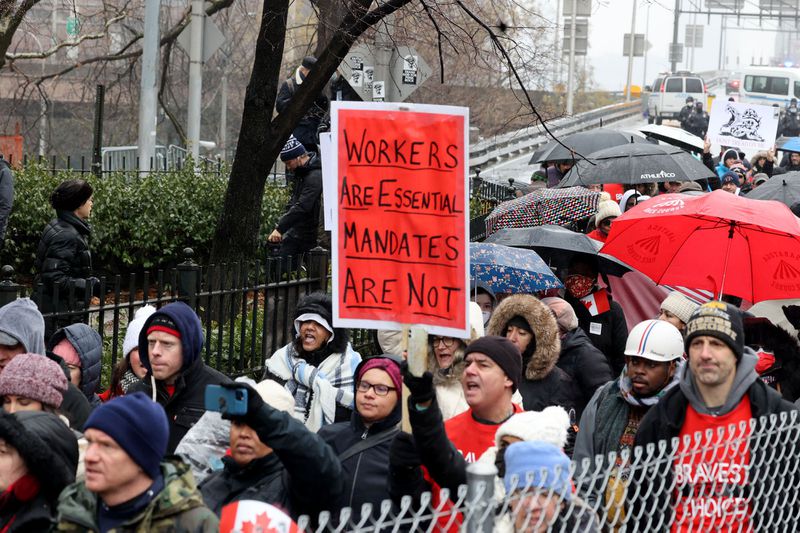 A civil lawsuit was filed by a group of New York City municipal workers who opposed the city’s vaccination mandate that seeks to fire unvaccinated workers.

In their suit filed before the Brooklyn Federal Court on Friday, the group asserted that the mandate violates their “fundamental religious and constitutional rights” and subjected them to “heresy inquisitions” and “religious harassment.”

To avoid the enforcement of the vaccine mandate, the plaintiffs including an NYPD officer, an FDNY rescue medic, and employees of other agencies are expected to ask for a temporary restraining order to stop some 4,000 workers from getting fired for refusing to get vaccinated.

Based on the vaccine mandate, the workers are asked to show they’ve gotten at least two shots of the Moderna or Pfizer vaccines or one shot of the Johnson & Johnson vaccine.

In an interview, New York City mayor Eric Adams has no intention of extending the Friday COVID vaccination deadline even as some 4,000 workers are at risk of losing their jobs.

Adams said extending the deadline will set a bad precedent especially when the next COVID variant hits.

“We’re not firing them. People are quitting,” Adams said.

“The responsibility is clear. We said it: if you’re hired, if you get this job, you have to be vaccinated. If you are not following the rules, you are making that decision,” Adams added.

Sources said not all city workers are up against the same deadline.

According to reports, there are two categories of employees who’ll potentially be impacted by Friday’s deadline: workers on unpaid leave who opted against receiving city-provided health benefits since the city’s vaccine mandate took effect on Nov. 1 and workers hired after Aug. 2 who haven’t presented proof of a second vaccination shot.

It was learned that many of the employees who fall into those categories are cops, firefighters, and correction officers.

“I want them to stay. I want them to be employees of the city, but they have to follow the rules that were put in place before my administration,” he said.

“I would do a disservice to those who follow the rules if we don’t have a clear direction,” he added.