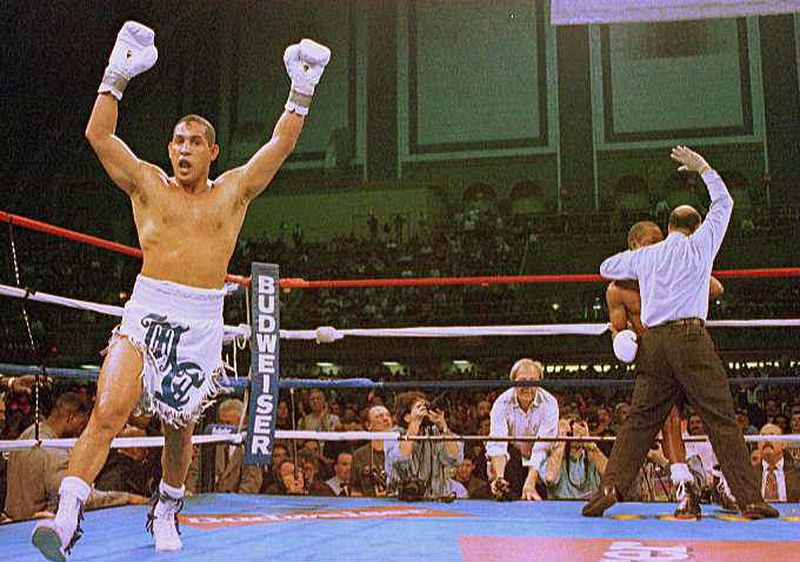 Based on court records, Camacho and a friend were gunned down while sitting in a car outside a bar in Bayamón, Puerto Rico.

Sources said Camacho died at age 50 after being taken off life support four days later, but the case remained unsolved for nearly a decade until the recent arrest of the five suspects.

During his prime, Camacho sent Sugar Ray Leonard into retirement in 1997, and he also defeated Roberto Duran twice late in the legend’s career.

Upon his retirement from the sport of boxing, Camacho finished his career with a record of 79-6-3 with 38 knockouts, and he was never knocked out.

Despite his successful boxing career, Camacho struggled with drug and alcohol problems.