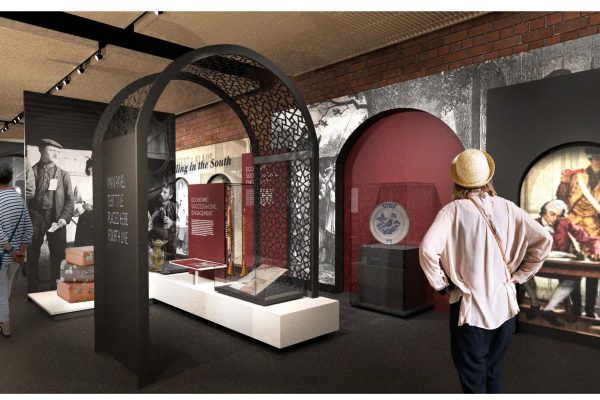 In an announcement on Wednesday, officials with the Museum of the Southern Jewish Experience in New Orleans announced that the new attraction and extremely unique will open to the public on May 27.

A unique new attraction narrating the stories of the many ways Jews in the American South influenced and were influenced by the distinct cultural heritage of their communities, the museum, which was to open in February 2020, will now begin ushering viewers in May. “This will be the only museum in the country to focus exclusively on the history and culture of Jews across the South,” said museum chairman Jay Tanenbaum when the concept was first revealed in 2020.

The museum covers 13 states and more than 300 years of history, including colonial times, the Civil War, World War II, and the civil rights movement. The exhibits illustrate how Jewish immigrants and succeeding generations adapted to life in the American South. The museum also addresses issues of race and anti-Semitism, as well as ways that Southern Jews navigated them.

Executive director of the museum Kenneth Hoffman stated earlier that, “Southern Jews have more often been a part of their communities, rather than apart from them. This contrasts with America’s urban immigration centers where Jews formed more insular enclaves. The contributions they made and the acceptance they received attest to something unique in the Southern heart.”

The museum’s collection of 7,000-plus artifacts was transferred from the original Museum of the Southern Jewish Experience established in 1986 at Jacobs Camp, in Utica, Miss., and shuttered in 2012.

“We are excited to announce an opening date after a pause as a result of the pandemic,” said museum chair Jay Tanenbaum. “Jews in the South formed bonds of deep friendship and community-building with their non-Jewish neighbors. These stories show how people of different backgrounds come together to create the American experience. This can be a bridge to a better understanding and future for all of us.”