Claiming that the plaid version of the Tesla Model S has been “canceled”, another shocker of a tweet was posted by founder Elon Musk. The reason? Basic Plaid is “just so good.”

A model that has been on the charts since 2019, Tesla has promised its fans a plaid version of the Model S with top speeds of 200 mph and a range between 390 and 412 miles. Along with the plaid cancellation tweet, Musk also added that the Plaid could go from zero to 60 mph in under two seconds. 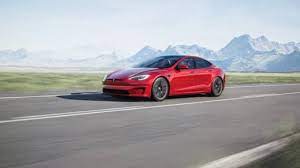 The possible reasons for the cancellation may be the same as several other North American automakers. Supply chain issues especially a computer chip shortage, have been giving carmakers a tough time over the past months. Another clue that justifies this suspicion may also be the fact that the company recently removed radar sensors and lumbar support from the front passenger seats in its lower-priced Model 3 sedan and Model Y crossover for customers in North America.

In April, Musk had also stated that “Q1 had some of the most difficult supply chain challenges that we’ve ever experienced in the life of Tesla. Insane difficulties with the supply chains with parts, over the whole range of parts. Obviously, we were upset about the chip shortage. This is a huge problem.”

As reported by The Verge, the Plaid Plus was supposed to have a range of more than 520 miles, but its specs on Tesla’s website Sunday are greyed out, although the site still says “Plaid Plus available in mid-2022.”