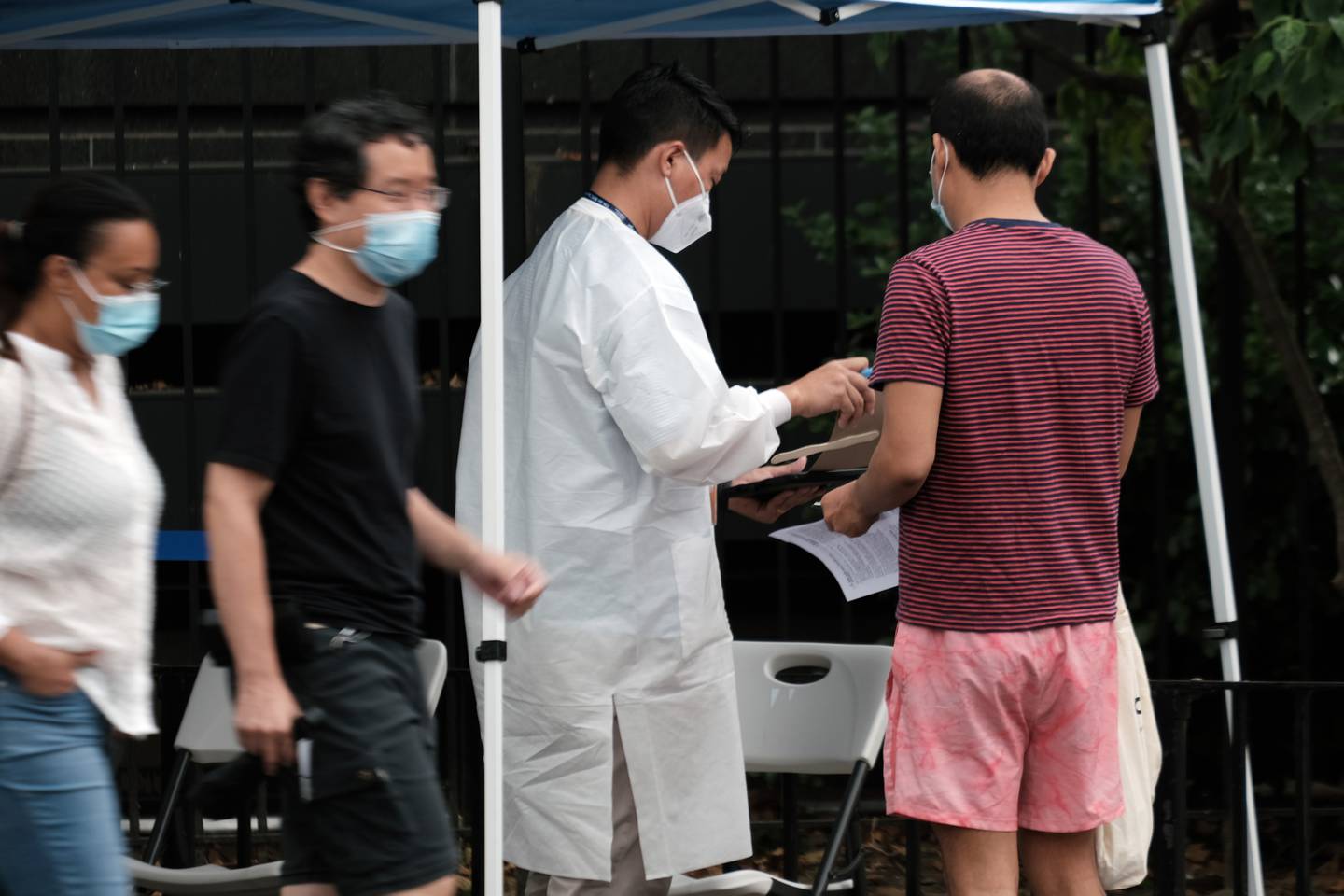 N.Y. lawmakers want Gov. Hochul and Mayor Adams to issue a state of emergency for monkeypox

On Friday, a group of Manhattan lawmakers called on Gov. Kathy Hochul to declare a state of emergency as monkeypox infections continue to rise.

In a joint statement, the group said a state and local emergency declaration would help facilitate disaster response efforts by cutting red tape and speeding up testing, treatment, and vaccine distribution.

The appeal came a day after State Health Commissioner Dr. Mary Bassett deemed the virus an “imminent threat to public health” in the Empire State as cases soared past 1,200 in the city.

The lawmakers said in a joint statement, “New York is in the middle of another health emergency that shows no signs of abating.”

“Gov. Hochul and her team are responding to the monkeypox outbreak with urgency and aggressive action by securing more than 170,000 vaccines; advocating for New York to receive additional doses based on the disease burden impacting our state; declaring monkeypox an imminent threat to public health; expanding testing capacity, and launching a robust public information campaign,” Lesswing said in a statement.

Adams, for his part, said the city is also mulling the same option.

“Dr. Vasan, the commissioner in charge of our Department of Health and Mental Hygiene, he’s still making that determination,” Adams said.

“It would free me up and allow me to do certain things that we do the same in the city.” And he’s going to make that determination. ” Adams added.