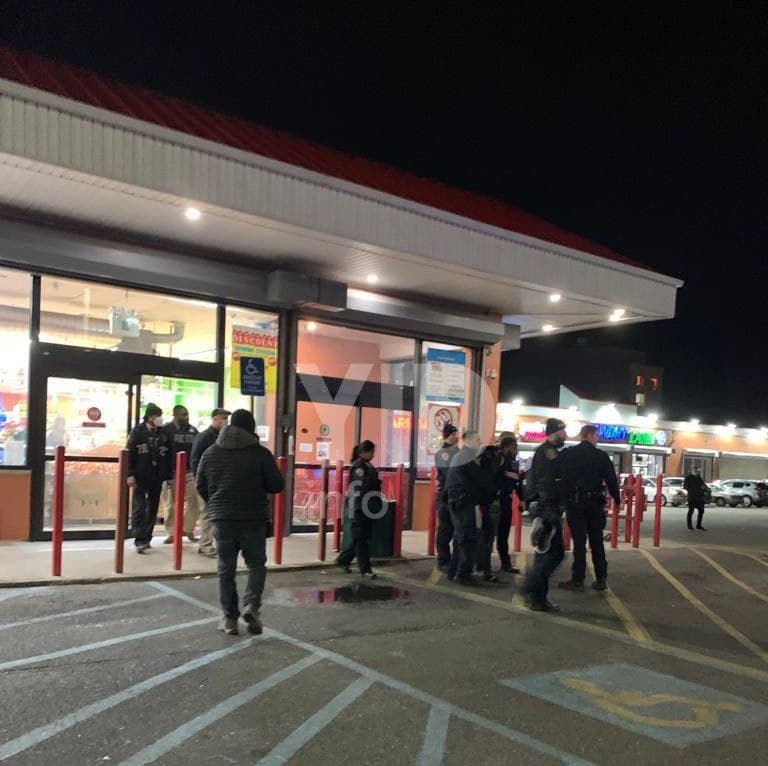 After more than a year of a traumatizing burglaries throughout Far Rockaway and the Five Towns, the police finally got their man in a dramatic climax that ended in a local grocery store. This hard-won arrest was made possible through a tremendous amount of work and collaboration between the RNSP (Rockaway Nassau Safety Patrol) and the NYPD.

With almost nightly confirmed or attempted burglaries being investigated, based on the evidence, authorities were unable to pin this particular suspect to the crimes. The suspect always made sure to wear all dark color clothing and a fully covered face mask to avoid getting caught.

The ability to recognize the criminal and his vehicle was paramount to catching him and this was made possible by gathering and combing thru countless hours of video footage from local security cameras. Given that the vehicles he was driving were all stolen, new video evidence was required each time the suspect changed his license plate or swapped to a new vehicle.

In the past, this wily burglar was able to make his escape time and time again. Aided by a slight, yet athletic build, he even managed to elude arrest multiple times despite a heavy police response on the ground and helicopters overhead.

The modus operandi of this thief was to break into homes through a window or door between 3 a.m. to 5 a.m. He would attempt to break in to a multiple homes within a few block radius leaving a getaway vehicle within close range. He typically stole cash and jewelry, often from a bedroom that people were sound asleep in, both adults and children.

Reports of people waking up to find him in their bedroom or living room was all too common. In one incident, he threatened a 15-year old teenager who went downstairs at 5 a.m. for a drink of water asking “Do you want to die?” after the teen confronted the stranger in his home.

The threat of this burglar was considered so serious that poskim advised that not only could RNSP volunteers be mechalel Shabbos if they need to catch this perpetrator in this act, but that they
had a actual responsibility to go out and look for him on Shabbos to get the perp behind bars. The hue and cry grew due to increased public pressure to see this man arrested once and for all. Despite being spotted and perused five times in the past few months, including being recognized by a sharp RNSP volunteer in Auto Zone, on Friday, December 24, the criminal still managed to evade arrest.

His luck finally ran out on Tuesday, December 29, when a sharp eyed RNSP volunteer witnessed the wanted suspect enter the Food Universe Marketplace located at 32 -11 Beach Channel Drive in Far Rockaway. He left his girlfriend on the corner as a lookout since he knew he was a wanted man. The RNSP immediately surrounded the store advised the proper authorities.

When police arrived at the scene, video footage showed the perp running to the rear of the store. The police requested the NYPD’s emergency service unit and a helicopter, as an added resources to assure the perp doesn’t get away. In the meantime, the entire store was evacuated, and only then did the police decide to move in on him. The stores video footage showed the thief climbing up shelving units and hoisting himself into the ceiling, where he hid until the police were able to get him out.

After speaking with multiple residents from the The Five Towns/Far Rockaway community, residents were ecstatic to hear the news that this suspect was apprehended and were very appreciative of the work of the NCPD, NYPD’s 101 precinct officers, detectives and the Queens DA’s office. And the brave, relentless, and sharp-eyed volunteers at RNSP as well as Shomrim of Boro Park, Flatbush, Crown Heights, Williamsburg, and Staten Island who all played a roll in this apprehension.

The State Senator of the neighborhood, James Sanders, effusively praised the outcome.
“The protection of a community starts with each member of the community looking out for one another,” Sanders told Yid Info.
“Indeed, we are our brothers’ and sisters’ keepers. That neighbors were able to come together and stop an alleged robber, speaks volumes of the work of that community. I commend every person who looked out for their neighbors and their neighborhood during this time of trouble. The RNSP deserves a special accommodation.”

The community is urged to cooperate with the DA’s office and report any crimes. To make a report, call 911 as well as Rockaway Nassau Safety Patrol

RNSP units worked tirelessly to put an end to a spate of burglaries terrorizing the #5Towns & #FarRockaway. In #collaboration with @NYPD101Pct & @NassauCountyPD Detectives, the suspect was apprehended, resulting in #OneUnder. Now you can rest easy at night. #ItsWhatWeDo@NassauDA pic.twitter.com/qMKg3OTHi1