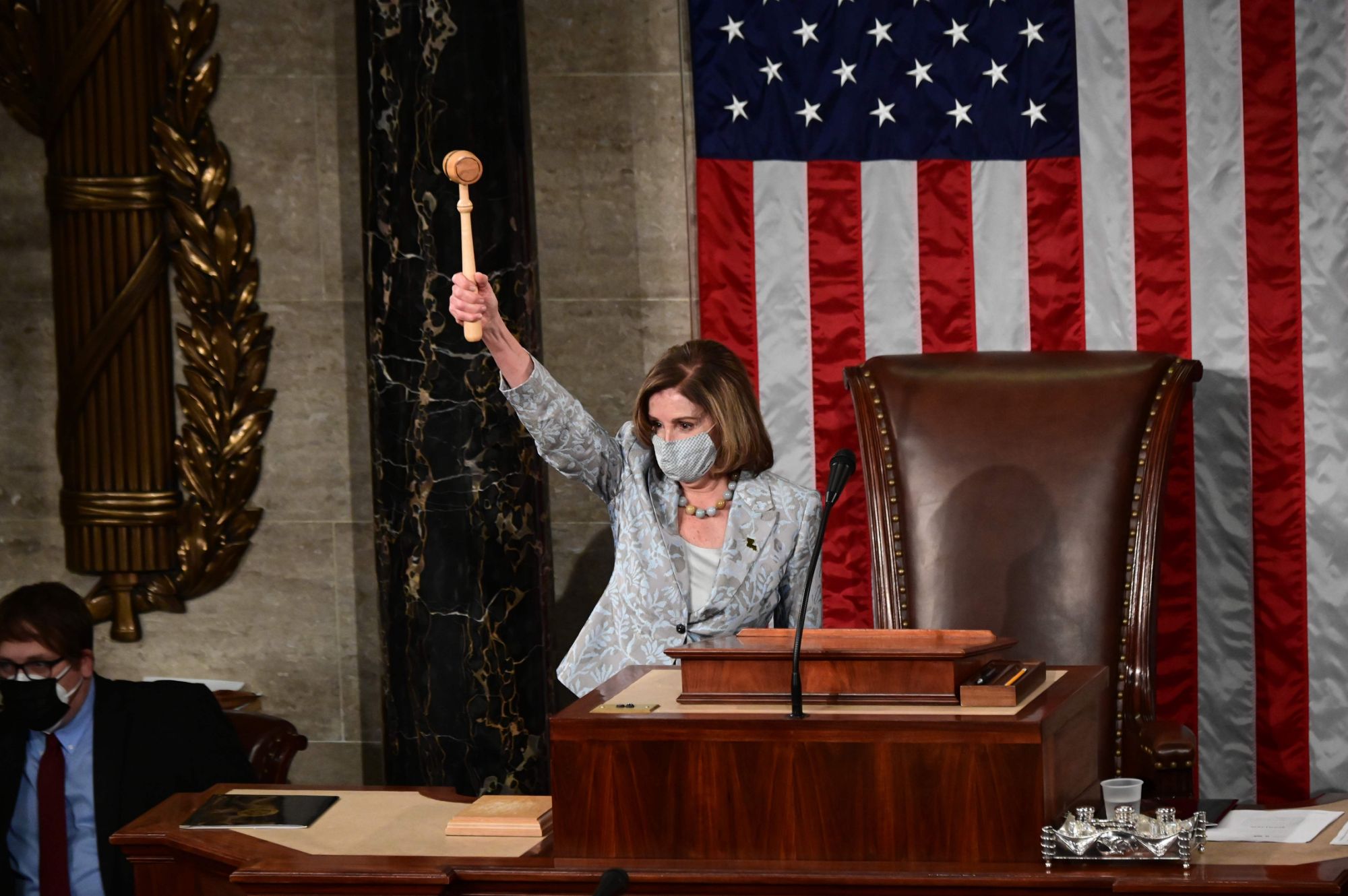 Amidst the ongoing political uncertainty surrounding the post, Nancy Pelosi was, on Sunday, elected in a narrow vote as the House Speaker, retaining her seat for the next term. The House voted 216-209 to reinstate Pelosi after Democrats lost 11 seats in the November elections to command a narrower 222-212 majority. Five Democrats chose not to support her – two voted for Democratic lawmakers who were not running, while three others simply voted “present.”

California Democrat Pelosi, retaining her spot as speaker of the US House of Representatives has led her party since 2003 and is the only woman to be speaker, had been widely expected to retain her post. Pelosi received 216 votes to 209 for Rep. Kevin McCarthy, R-Calif., who again will be the chamber’s minority leader. There are normally 435 seats in the House, but just 427 votes were cast Sunday as a few congressmen-elect are in quarantine due to Covid-19 and a tight House race in New York has yet to be formally decided.

After her win, Democrats gave Pelosi a standing ovation, while the Republican side of the chamber was nearly empty. In a symbolic gesture, Republican leader Kevin McCarthy formally handed over the gavel to Pelosi.

“As we are sworn in today, we accept a responsibility as daunting and demanding as any that previous generations of leadership have faced. We begin the new Congress during a time of extraordinary difficulty,” Pelosi said in a floor speech that noted the deaths of more than 350,000 Americans from the Covid-19 pandemic. “Now is a time for our nation to heal. Our most urgent priority will continue to be defeating the coronavirus. And defeat it, we will,” she added, pledging that further aid would follow the latest $892 billion package that Congress passed in December.

The Congress convened on Sunday, just two days after the COVID-19 relief bill was finalized. Among those who backed Pelosi was Alexandria Ocasio-Cortez, D-N.Y., who told reporters that Democratic unity was important “at a time when the Republican Party is attempting an electoral coup.” She referred to the support many congressional Republicans are giving outgoing President Donald Trump’s baseless effort to reverse the election results.