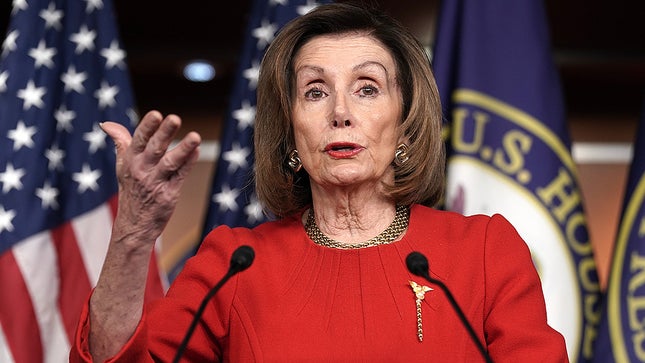 Releasing a statement in reaction to the Hamas attacks on Israel for the second consecutive day, Speaker Nancy Pelosi claimed that Israel has the right to defend itself against this assault, which is designed to sow terror and undermine prospects for peace.

On early Wednesday morning, after a night of terror, a massive barrage of about 100 rockets was fired from Gaza into the Tel Aviv area at around 3:00 AM IL. Rockets were also fired at Beersheba and Ashkelon.

Amidst this surge of violence purported by Palestinian terrorists, Pelosi stated, “I condemn the escalating and indiscriminate rocket attacks by Hamas against Israel. Israel has the right to defend itself against this assault, which is designed to sow terror and undermine prospects for peace. Every civilian death is a tragedy that we mourn. Hamas’s accelerating violence only risks killing more civilians, including innocent Palestinians. The recent inflammatory provocations including by extremist forces in Jerusalem have exacerbated the situation, and restraint must be shown by all to de-escalate the crisis. Let us all pray that the situation will be resolved immediately and peacefully.”

Meanwhile, Congresswoman Ilhan Omar slammed Israel for defending itself by carrying out airstrikes on the Gaza Strip after terror groups launched numerous rockets into the Jewish state, hypocritically calling it an ‘act of terrorism’. She claimed, “Israeli airstrikes killing civilians in Gaza is an act of terrorism. Palestinians deserve protection. Unlike Israel, missile defense programs, such as Iron Dome, don’t exist to protect Palestinian civilians. It’s unconscionable to not condemn these attacks on the week of Eid.”