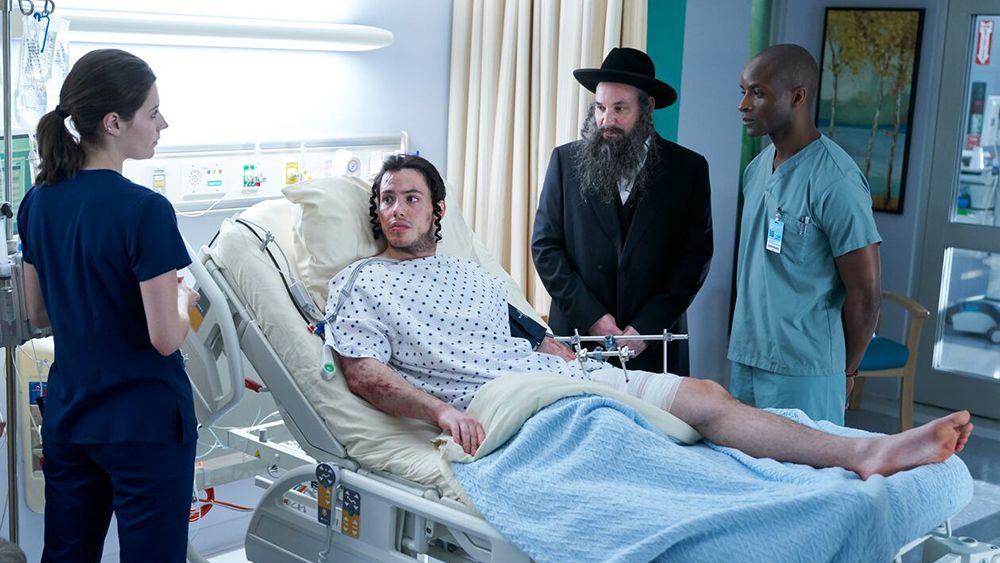 NBC has come under fire for its rather offensive portrayal of the Orthodox Jewish community in the Canadian medical drama series ‘Nurses’. The problematic storyline, which was broadcasted in a recent one-hour episode of the series that is set in a Toronto Hospital, came under fire for a plot involving a Hasidic patient.

In the series’ eighth episode, “Achilles Heel,” which originally aired on NBC on Feb. 9.  a young Hasidic patient is told he will need a bone graft to heal his broken leg, leading his devout father to recoil at the possibility of a “dead goyim leg from anyone. An Arab, a woman.” The episode’s initial U.S. broadcast attracted nearly 2 million viewers, and NBC has also made it available for viewing on its website and its streaming network, Peacock.

Reacting to this downright offensive depiction, Jewish organizing groups such as StopAntisemitism and JewishOnCampus tried to mobilize online pressure campaigns against NBC for airing the episode, and the American Jewish Committee tweeted that the scene was “disgusting.” Furthermore, the Anti-Defamation League called for NBC to pull the episode and “review their standards for approving dramatic content so that this doesn’t happen in the future.”

Allison Josephs, who blogs about Orthodox life as the founder and director of Jew In The City, also strongly condemned the episode, saying, “The idea that such a surgery would be problematic in general or problematic because of where the bone came from not only is categorically false according to Jewish law, it is a vicious lie that endangers men who walk around with curled sidelocks and black hats.”

Just last week, NBC had also come under fire for an antisemitic ‘joke’ that was aired on SNL by Michael Che. Although NBC does not produce Nurses like it produces SNL, the network acquired the series’ U.S. broadcast rights as part of a broader international acquisition strategy from American television networks, which thus makes it responsible for the content that is aired in the United States.

Meanwhile, requests for comment to NBCUniversal, as well as to a representative for the episode’s credited writer, Laura Good, were not returned.