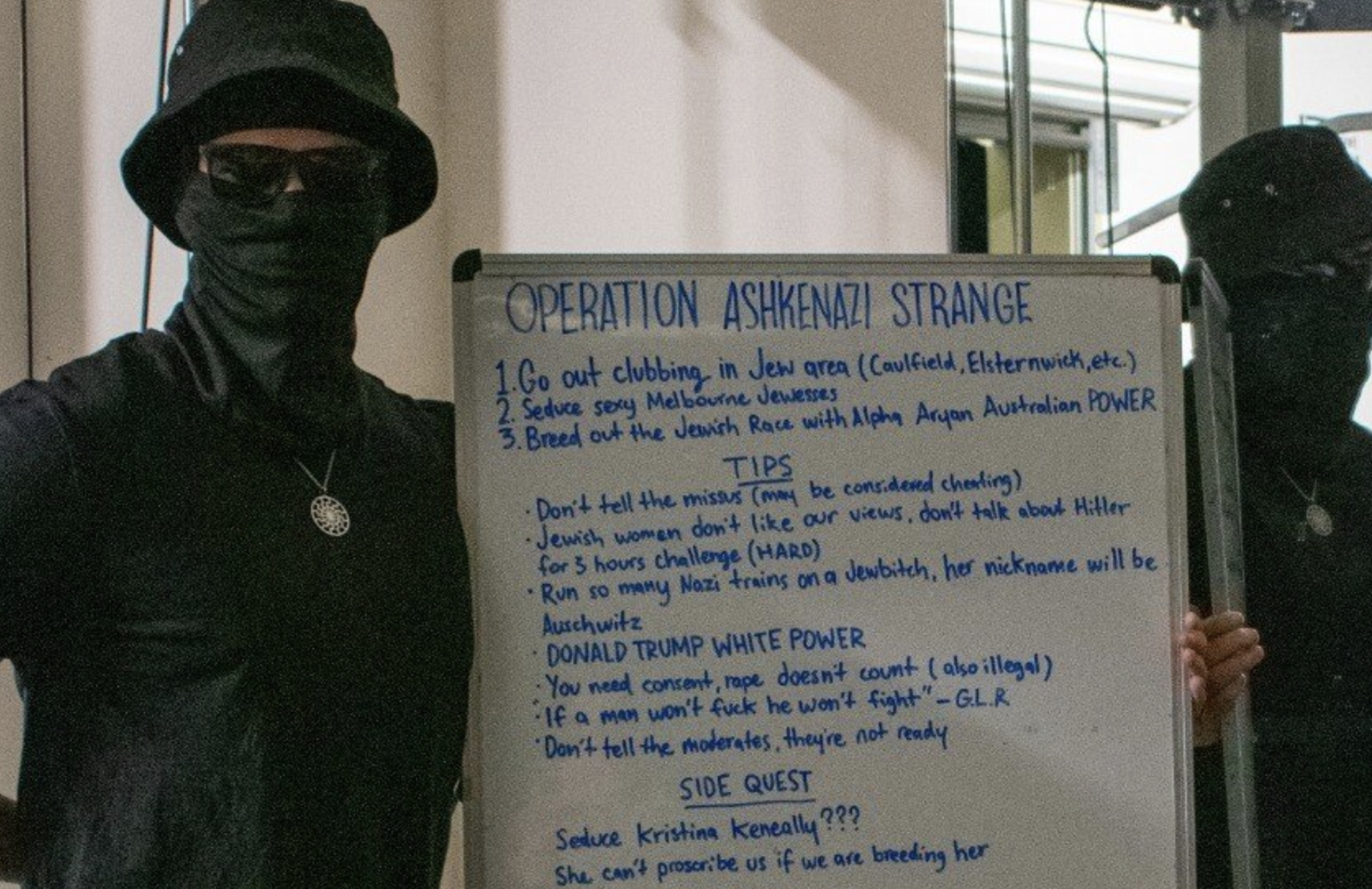 In a despicable new anti-semitic development, a far-right Australian Neo-Nazi group recently urged its supporters on social media to “breed out” Jewish populations by associating with Jewish women.

As it stands, the National Socialist Network urged “every honorable White man, national socialist, klansman, skinhead, racist” to take part in “Operation Ashkenazi Strange,” and seek out Jewish women in Melbourne in order to “breed out the Jewish race with Alpha Aryan Australian POWER,” according to a screenshot of a Gab post shared by the ADC. The horrid incident was reported by Dr. Dvir Abramovich of the Anti-Defamation Commission (ADC), who also called on the Australian government to designate the National Socialist Network and other neo-Nazi groups as terror organizations.

The post included a picture of a masked man holding up a whiteboard with instructions.“Run so many Nazi trains on a Jewbitch, her nickname will be Auschwitz,” read one “tip,” using a slang term for group sex. The next line said “DONALD TRUMP WHITE POWER.”The sign also said, “You need consent, rape doesn’t count (also illegal).”

Thomas Sowell, the leader of the neo-Nazi group, also shared a photo of himself performing a Nazi salute in front of a graphic depicting Anti-Defamation Commission head Dvir Abramovich in a gas chamber with a yellow Star of David on his forehead.

“ll bets are off in the war that these hardcore Aryans have declared against Australian Jews, and the lid has been taken of the sewer of pure antisemitism. These stomach-churning posts not only reveal the true nature of the neo-Nazi beast in our country but a rising climate of radicalization in which Hitler worshippers openly fantasize about gassing a Jewish leader and call on unrepentant bigots to be on the hunt and rape Jewish women and share such threats online,” Abramovich said in a statement. He added: “Let’s remember that before he committed the Christchurch massacre, Brenton Tarrant was radicalized on the internet, consumed by the conspiracy theory of ‘White replacement’ that Sewell is promoting, and that Sewell unsuccessfully tried to recruit the mass-murderer.”