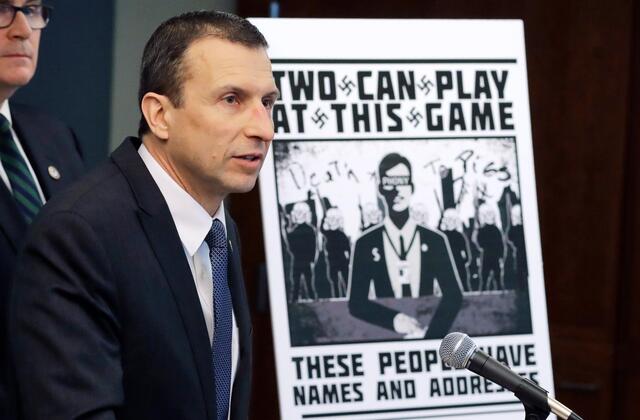 A young neo-nazi named Kaleb Cole has been sentenced to 84 months or seven years of prison for his plot to threaten and intimidate journalists and advocates who worked to expose anti-Semitism.

The leader of a neo-nazi group known as the ​​Atomwaffen Division, Cole, 25, was involved in a plot to intimidate journalists and others by mailing threatening posters or gluing the posters to victims’ homes. The group focused primarily on those who are Jewish or journalists of color.

Cole has now been convicted by a federal jury in the Western District of Washington of one count of interfering with a federally protected activity because of religion, three counts of mailing threatening communications, and one count of conspiring with other Atomwaffen members to commit three offenses against the United States – interference with federally-protected activities because of religion, mailing threatening communications, and cyberstalking.

According to media reports, Cole created the posters, which warned the recipients that “you have been visited by your local Nazis.”  The posters contained threatening images, such as a hooded figure preparing to throw a Molotov cocktail at a house. The threatening posters were delivered to homes in late January 2020.