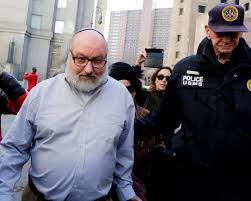 Netanyahu Comforts Pollard, Wishes For A Safe Return To His Home Country

Convicted for selling military secrets to Israel while working for the U.S. Navy at the Pentagon in 1985, Jonathan Pollard, completed his parole over the weekend and was personally called by Prime Minister Benjamin Netanyahu. In a video posted by the leader of the country on Tuesday, Netanyahu was heard saying, “We are waiting for you in Israel”, among other comforting words.

“You should feel comfortable,” Israel Prime Minister Netanyahu said during the phone call. “You should now have a comfortable life where you can pursue… your interests and we can take care of Esther in the best medical treatment in the world,” said a warm Netanyahu while on a call with Jonathan Pollard, who will now be able to move to Israel as his wife, Esther, is currently undergoing cancer treatment at a New York hospital.

After 30 years in prison, and 5 years under strict restrictions, the Department of Justice announced Pollard completed his parole over the weekend. Pollard, was a US Navy intelligence analyst in the mid-1980s when he made contact with an Israeli colonel in New York and began sending US secrets to Israel in exchange of money. He passed thousands of crucial US documents to Israel and was arrested in 1985, being sentenced to life in prison two years later. He was eventually released in 2015, but was kept in the United States by parole rules and not allowed to travel to Israel where his wife lived.

Prime Minister Netanyahu told Jonathan Pollard’s wife Esther: “We are waiting for you, even during the coronavirus, with open arms. You will receive from us the genuine embrace of the people of Israel. I want to congratulate you both that this nightmare is over and you will be able to return home to Israel.” He also promised to make sure Pollard’s wife Esther gets the cancer treatment she needs, and went on to say, “When you return to Israel, it will be a big moment for us.”