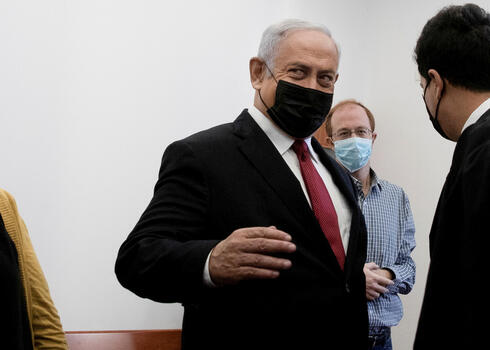 Netanyahu May Accept Plea Deal According to Latest Reports

Israel’s former Prime Minister Benjamin Netanyahu is reportedly leaning towards accepting a plea deal in his criminal corruption case and has instructed his lawyers to press ahead with talks with Avichai Mandelblit, Attorney General of the country.

According to the Ynet news site, Netanyahu’s lawyers would approach Mandelblit on Monday with a view to moving forward as soon as possible with the deal. Netanyahu and his family met Sunday with his lawyers to decide whether to accept a plea deal, where he was accompanied by his wife Sara and sons Yair and Avner for the meeting at his lawyer Boaz Ben Zur’s home. Also said to be present were another of Netanyahu’s attorneys, Amit Hadad, family lawyer Yossi Cohen and longtime confidant Natan Eshel.

After the four-hour meeting, numerous reports suggested that Netanyahu was seeking to go ahead with the plea deal, despite the difference in opinion from his family. TV reports said that said Sara Netanyahu had reversed her position and was now opposed to a plea deal, as were Netanyahu’s sons.

Netanyahu’s lawyers, on the other hand, were reportedly in favor of the agreement and were seeking to convince the former premier to sign it, calling it “an excellent deal.