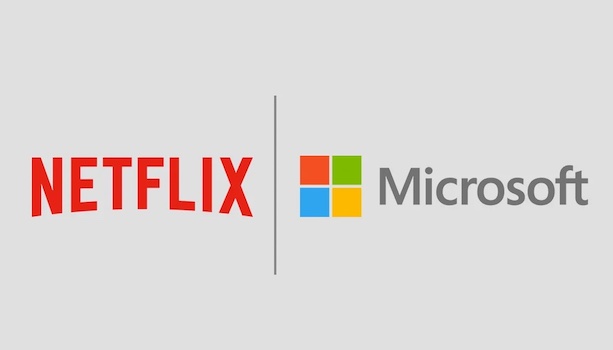 Netflix To Partner With Microsoft For All-New Ad-Supported Tier

On Wednesday, streaming giant Netflix announced that it would now partner with software titan Microsoft in creating a new, ad-supported tier for the platform.

The streaming service announced that Microsoft will become its “global advertising technology and sales partner” upon rolling out the cheaper option. “It’s very early days and we have much to work through,” Netflix COO Greg Peters writes in the post. “But our long-term goal is clear. More choice for consumers and a premium, better-than-linear TV brand experience for advertisers. We’re excited to work with Microsoft as we bring this new service to life.”

In Microsoft’s blog announcing the partnership, the company wrote that marketers will work with Microsoft to bring ads to the Netflix ecosystem. “Today’s announcement also endorses Microsoft’s approach to privacy, which is built on protecting customers’ information,” Mikhail Parakhin, Microsoft’s president of web experiences, said.

Microsoft CEO Satya Nadella also tweeted, saying, “We’re thrilled Netflix has selected Microsoft as its advertising technology and sales partner. We want publishers to have more long-term viable ad monetization platforms, so more people can access the content they love wherever they are.”

Although Netflix hasn’t announced an official date for the cheaper, ad-supported tier’s rollout, it’s rumored to become available to customers by the end of 2022.

This being said, apart from Netflix, Microsoft is also reportedly looking into bringing ads to free-to-play Xbox games.