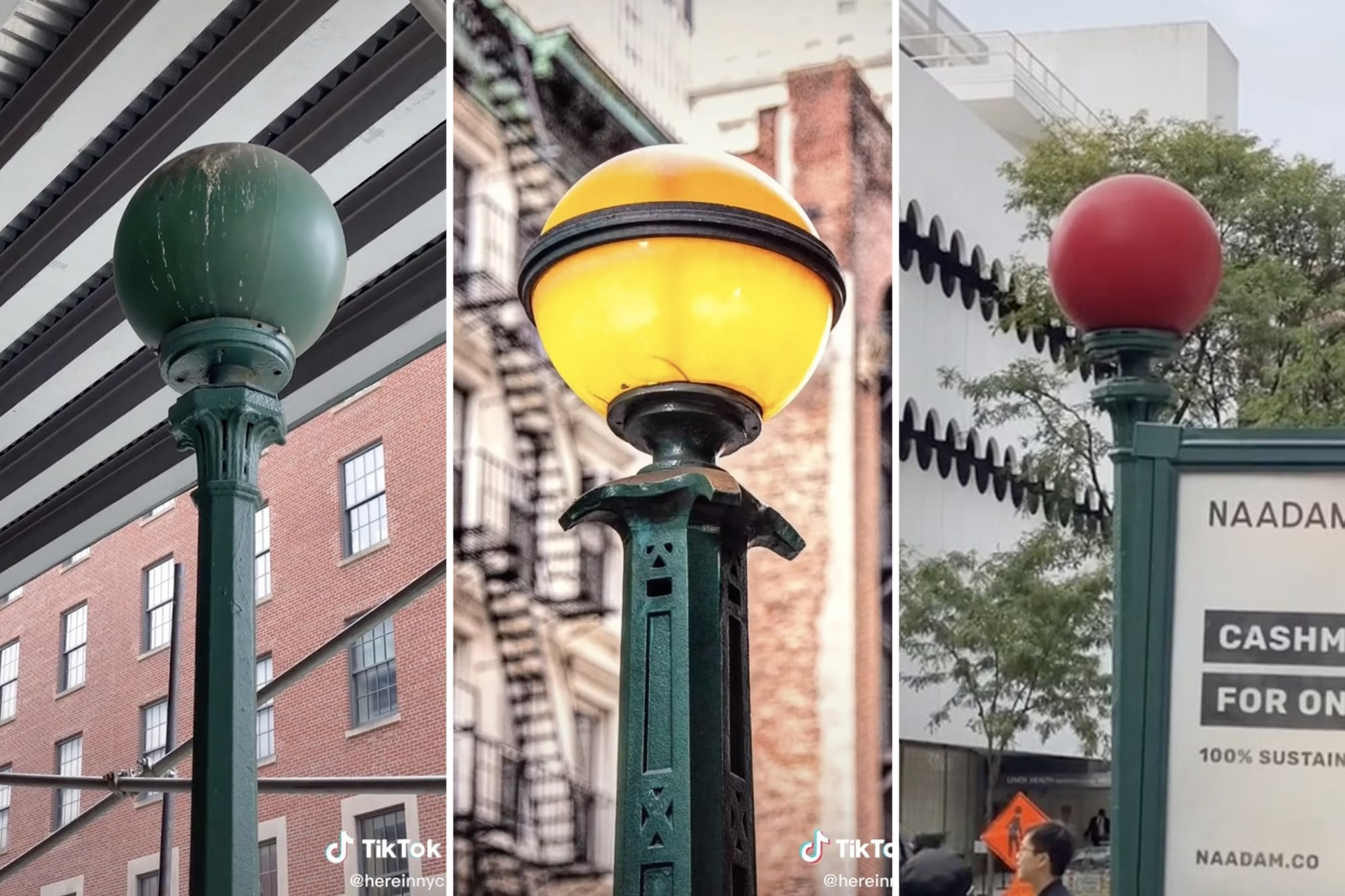 Never Knew What Those Colored Globes Outside Subway Entrances Meant? Well, Now You Do!

A viral video on TikTok has revealed some interesting facts about the different colored globes sitting atop posts outside New York’s subway stations.

Probably not of any significance in today’s day and age, the colorful orbs once represented an entire color-coded system to help New Yorkers navigate public transportation.

John Friia, the creator of the NYC fact-focused TikTok account @hereinnyc in a recent educational video, has shed light on the spheres, saying, “Have you ever noticed these lights when you get onto the subway and did you know these are not just for aesthetics? It actually served a purpose. The subway globes were first installed in the 1980s when tokens were still being used.”

He went on to explain in the clip, which has been viewed over 403,000 times, that the three globe colors — green, yellow, and red —all had their own meanings. Green, he explained, initially meant an entrance was open 24 hours and sported a token booth. Yellow — the only one of the three colors which has now been phased out entirely — meant a station was open with a part-time token booth, and red implied an entrance was exit-only and did not have a token booth.

But, as for the subway globes that are designed as half-moons, Friia claimed that there was no meaning behind those. During the 1990s, the City of New York decided that the globes should give off more light, he said, noting that the half-moon design was a way of having them shine brighter while maintaining their existing color pattern and aesthetic.

The introduction of the MetroCard in 1997, however, made the originally straightforward colored orb design significantly more complex. “In theory, the concept sounded simple but there was some confusion especially when the MetroCard was introduced,” Friia said toward the end of the clip, which managed to condense the spheres’ entire history into just 42 seconds. “Some of the exit-only spots were converted to a regular entrance with a MetroCard machine. The yellow ones were phased out, and today in general the green means it’s a subway entrance and red is still an exit only with some exceptions.”