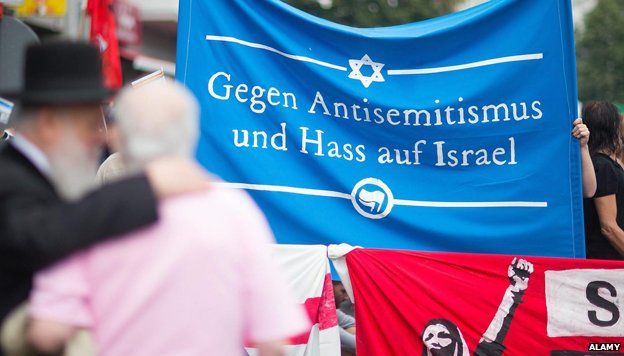 A new report released by the Anti-Defamation League on Thursday shows that antisemitism is increasingly becoming a political weapon of choice for extremist movements and politicians in Europe, with potentially dangerous consequences for Jewish communities on the continent.

Titled: Choosing Antisemitism: Instrumentalization and Tolerance of Antisemitism in Contemporary European Politics” the report examined how in recent years, antisemitism has emerged as a decisive factor in the politics of various European countries. This has included the use of often overt antisemitic rhetoric to engage certain groups of voters or the propagation of revisionist versions of World War II that minimize local collaboration with the Nazis and promote the records of nationalist leaders.

Providing deeply studied instances from numerous consequential countries, the report noted, that in Germany, the far-right Alternative for Germany (AfD) party, which occupies 94 seats in the country’s parliament, had “trivialized the Holocaust as part of their appeal to ‘Holocaust fatigue’ among German voters,” the report observed.

In Hungary, “since the arrival of more than a million immigrants fleeing conflict in the Middle East in 2015, Prime Minister Viktor Orban has repeatedly accused American Jewish financier George Soros of promoting the settlement of these migrants in Hungary…Soros frequently has been used as a perennial bogeyman by Hungary’s ruling nationalist Fidesz party in rhetoric that at times has featured antisemitic dog-whistles,” the ADL noted.

The ADL report also analyzed how antisemitism within the opposition Labour Party in the UK under its former leader, Jeremy Corbyn, was tolerated. “Jeremy Corbyn’s Labour Party provides the clearest example of how antisemitic rhetoric surrounding Israel and Zionism and other forms of antisemitism were tolerated for years within a major political party to accommodate a radical wing of that party,” the report said.

Meanwhile, in Poland, “political campaigns used overt antisemitic rhetoric during elections to win votes,” and in Ukraine, nationalist groups “glorified World War II-era fighters to promote nationalist narratives, while trivializing their involvement in the Holocaust.”

In the case of Russia,  the ADL report commented, “The Russian government led by President Vladimir Putin has engaged in a disinformation campaign against Ukraine, which includes concocted, unfounded or exaggerated accusations of antisemitism. Russia’s characterization of Ukraine as a fascist, xenophobic and antisemitic state was starkly at odds with reality.”