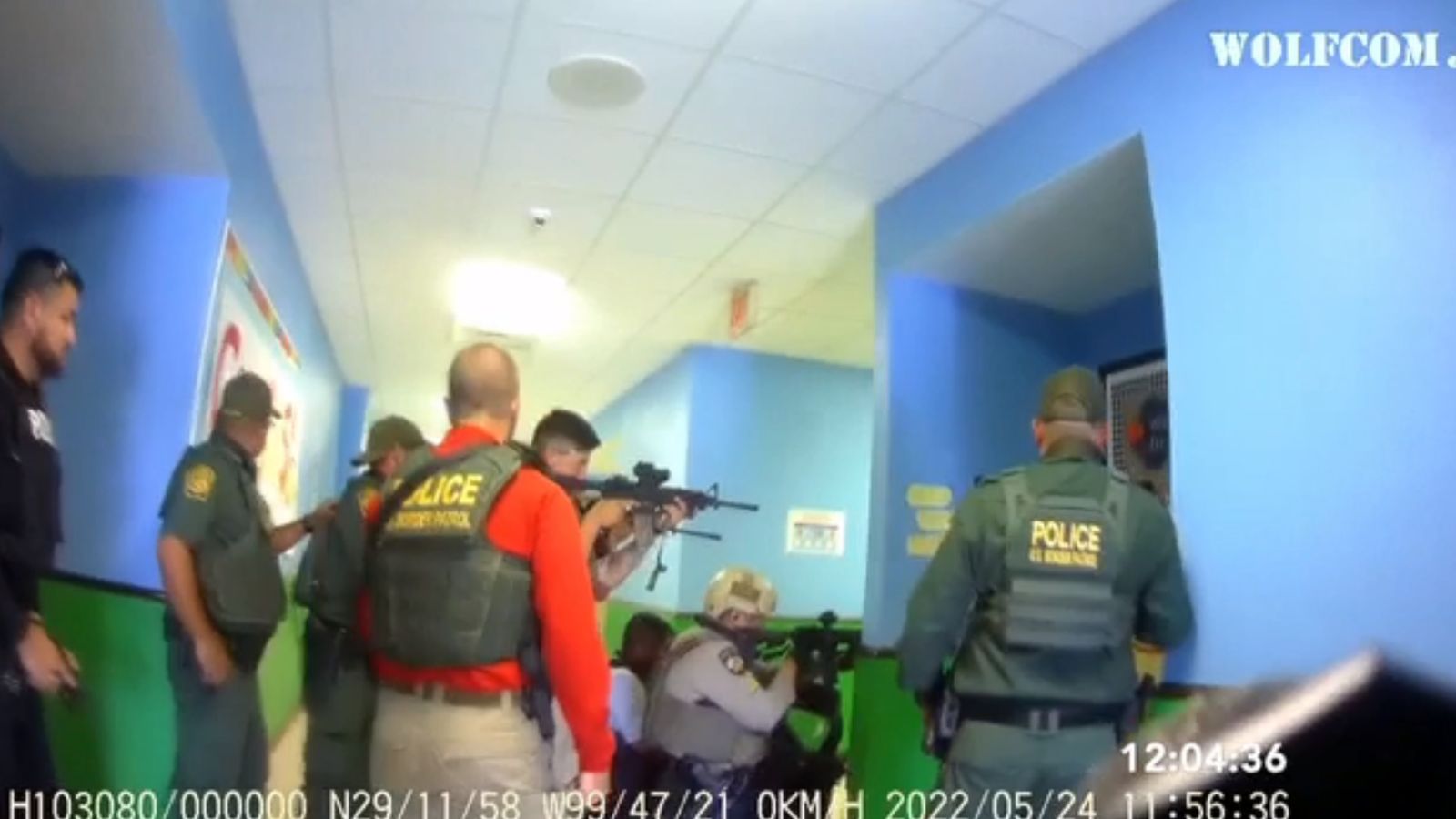 The latest bodycam footage acquired from the May 24th massacre that shook the nation has proved to be even more shocking in terms of the police handling of the active shooting at the Robb Elementary School.

Reported first by CNN, the footage shows a stunning lack of urgency among officers as an active shooter ultimately killed 19 children and two teachers. Uvalde Schools Police Chief Pete Arredondo can be heard politely asking the gunman, 18-year-old Salvador Ramos, to surrender minutes after the cops hear a burst of gunfire from inside classrooms 111 and 1112. “Sir, if you can hear me, please put your firearm down, sir. We don’t want anybody else hurt,” he said in the footage.

Six minutes after a dispatcher warns another officer about the classroom being full of victims, Arredondo is shown fiddling with keys, attempting to gain access to the adjoining classrooms where Ramos and the victims are inside.

Another 30 minutes go with the officers standing around seemingly without urgency before a team takes out the shooter. The whole response took well over an hour. At one point in the clip, one officer expresses his confusion outside the school’s door. “What are we doing here?” he questioned.

Overall, the shameful police response has shown a major lack of training and preparation on part of the police force in Uvalde, Texas.