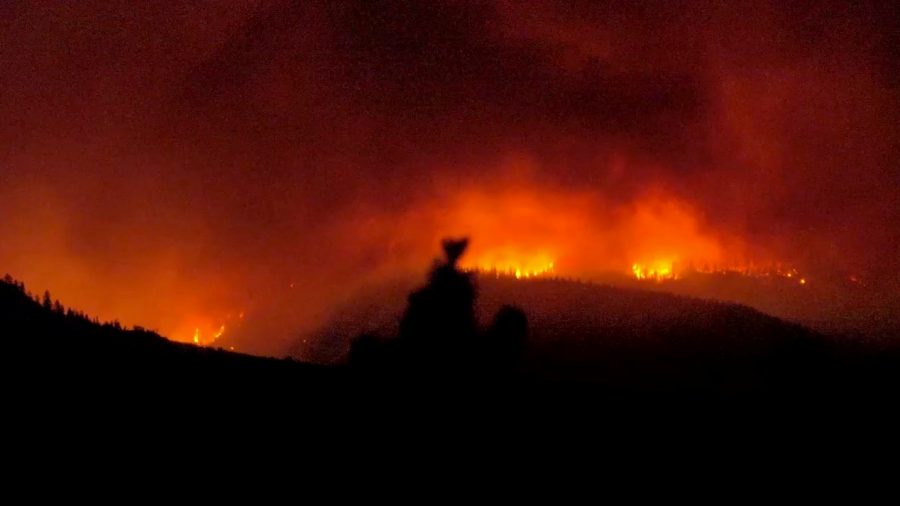 New Colorado and Utah Wildfires Cause Spur in Evacuations

Refusing to cease in their intensity, fires across Colorado and Utah have upped their momentum with a set of new fires blazing while the old ones continue to wreak havoc. In response to the worsening situation over the weekend, authorities have ordered a fresh set of over 3000 evacuations in Colorado and 900 homes in Utah, which is a cause for concern as well.

The CalWood Fire in Colorado began burning Saturday in Boulder County, about 50 miles southeast of the Cameron Peak Fire, which is being deemed the largest in state history and has burned more than 317 square miles since mid-August. The new fire raced through more than 8,700 parched, wind-blown acres in less than 24 hours on Sunday, forcing the evacuation of almost 3,000 people from the area.

“Anyone under an Evacuation WARNING for #CalWoodFire should be ready to leave immediately,” the Boulder Office of Emergency Management said on social media. “Have a bag packed & be ready to leave with very little notice. Winds on Sunday could create fast-moving fire activity.”

The Range Fire and Fire Canyon Fire has already burned through thousands of acres in less than a day in Utah, with the cause for the latter being cited as human-inflicted according to authorities.

In Colorado, another fire that started Sunday about 20 miles northwest of Boulder had grown to more than 240 acres and led to the evacuation of three Boulder County foothill towns, officials said. As conducive temperatures bring up new fires with each passing day, thousands of acres of acreage are continuing to burn across the west.

“It is still too dynamic to get in and even begin to assess where those homes may have been damaged or lost,” said Mike Wagner, a member of the Boulder County Sheriff’s Office.

Wagner said efforts to combat the blaze were hindered by two causes- firstly the weather, followed by the lack of firefighters because of the exceeding demand throughout the States. More than 60 major fires were burning in 11 Western states, according to the National Interagency Fire Center.

As of yesterday, The Range Fire was 0% contained and the Fire Canyon Fire was only 10% contained.