A prominent Israeli Think-Tank on Tuesday sounded a grim warning, stating that a recent research has pointed towards the possibility that a new form of antisemitism is becoming increasingly powerful in left-wing ideology and activism.

The Reut Group, a major think-tank that works in areas of national security, Israeli-Jewish relations, and socio-economic development released a paper on a new form of “erasive antisemitism” that is gaining traction in progressive discourse. According to the report, lead author Daphna Kaufman claims that “In the past decade, the assault in Israel’s legitimacy from the left has attracted the lion’s share of attention, and mobilized in response a robust coordinated global effort, led by Jewish communities and the State of Israel, to combat delegitimization on every front, from international fora to university campuses.” 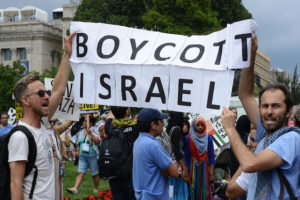 Speaking to the media, Kaufman commented that, “Erasive anti-Semitism is a de-facto undermining of Jewish narrative self-determination: the very right to define Jewish identity, experience, and vulnerability according to concepts and language that reflect the unique nature of Jewish vulnerability, including that it tracks differently from other dominant experiences of oppression.”

Explaining the notion further, the report states that erasive anti-semitism can fail to capture, or actively distort, the historic and lived Jewish experience. Within this notion, Jews are cast uniformly as powerful white oppressors. Unlike ‘classic’ anti-Semitism, this ‘erasive’ form does not necessarily feed on hatred; rather, it is sustained by an acceptance of prevalent framing on the progressive left. Its main disseminators are not anti-Semites, despite engaging in acts of ‘erasive anti-Semitism.’ Contrary to common forms of discrimination, this strain does not rely on singling Jews out, ethnically or otherwise, as distinct categories. Rather, it indiscriminately lumps them within the dominant majorities it delineates. This effectively creates an erasure, diminishing the Jewish voice in defining Jewish identity. 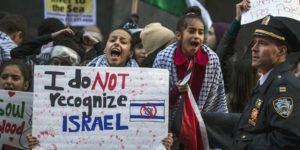 Source: NSW Jewish Board of Deputies

The report also observes that “Dividing Jews on the basis of progressive conceptual categories undermines Jewish self-perception as a collective and the notion of Jewish peoplehood. Doing so generates rancor within Jewish communities, exacerbates tensions around the role of race within Jewish communities, and threatens the basis of the connection between world Jewry and Israel.”

Through the report, The authors call for consensus on what constitutes this new strand of antisemitism, led by progressive Jewish communities that find themselves on the “front lines” of the issue.