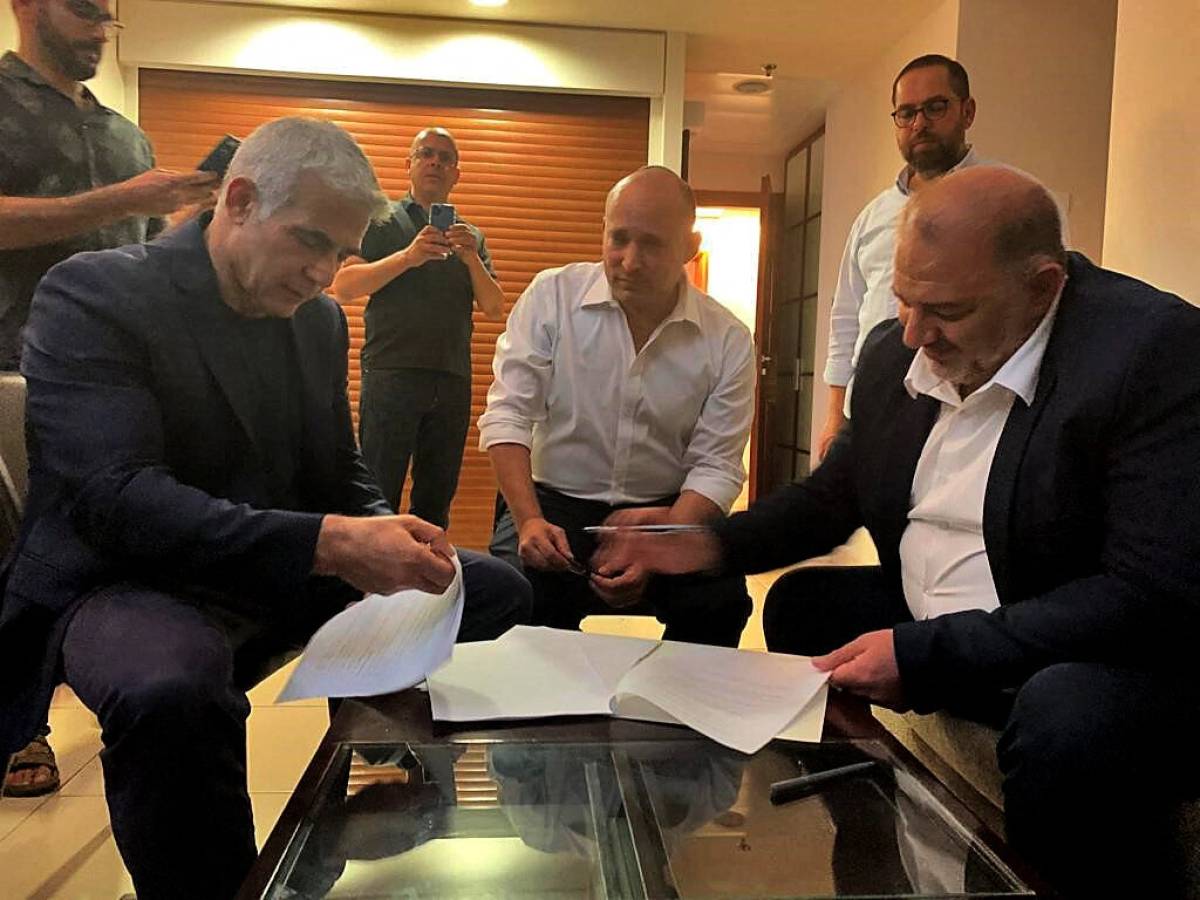 New Israeli Coalition Likely To Be Sworn-In This Wednesday

Headed by Naftali Bennett and Yair Lapid, who will both serve as Prime Ministers in turns, the new, prospective coalition government that will rule Israel, is still not out of the woods. With the Likud party and the Religious Zionist party searching for another MK to sell out their own party and publicly state that they will vote against the coalition, the change government is trying its best to get sworn-in this Wednesday.

As it stands, the coalition agreements between Lapid and Bennett have not yet been signed, and there are reportedly a few sections of the agreement that are still being ironed out. The parties stated that they are confident that everything will be finalized in the next 24 hours ahead of the swearing-in ceremony.

Soon after, a notification addressing the Knesset Speaker was published, wherein the Yamina Party laid out the importance of the swearing-in ceremony to be held this coming Wednesday.