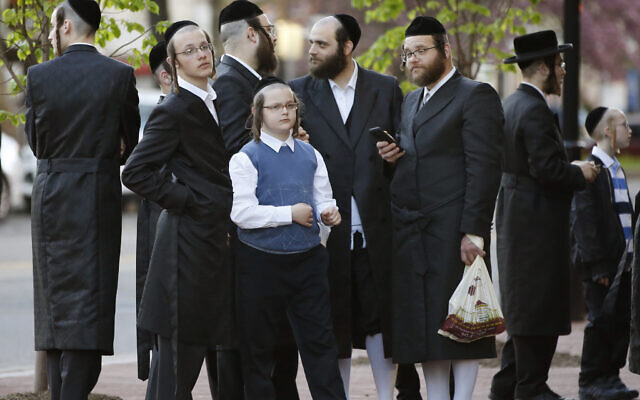 The Jackson Township in New Jersey has been sued for the second time around in a year, over alleged discrimination against Orthodox Jews. According to media reports, the township has been selectively applying local laws and drafting new ones as part of an attempt to push out Orthodox Jews and limit their religious activities.

The complaint filed earlier this week by New Jersey’s Attorney General Gurbir Grewal accuses a number of public officials in Jackson, New Jersey of selectively enforcing local rules, and creating new ones to discourage the Orthodox from living or worshiping in town. The attorney general wants Jackson Township to overturn the allegedly discriminatory rules and pay a fine.

The new lawsuit, filed Tuesday in Ocean County Superior Court, alleges that the negative reaction to Orthodox Jews among some residents led to an organized effort to catch Orthodox Jews violating esoteric ordinances.

“We’ve filed this lawsuit because bias and hate have no home in New Jersey, and we will not allow some vocal residents’ intolerance to drive local government decisions,” New Jersey Attorney General Gurbir Grewal said in a statement. “Like all public servants, municipal officials have a duty to uphold the law, not weaponize it against specific groups because of what they believe or how they worship.”\

In reaction to the upcoming lawsuit, Terence Wall, Jackson’s Business Administrator, said he was “surprised” to learn about the filing. He went on to write an email saying, “Before one level of government decides to sue another, we would think it would be in the best interests of the taxpayers for the parties to at least sit-down and attempt to resolve any issues or review any facts which may be in dispute. Jackson Township is a community of over 60,000 residents, including members of nearly every faith and the Township will defend itself appropriately.”

Last May, the U.S. Department of Justice sued the township and planning board over local ordinances investigators said were designed to keep out Orthodox Jews. Residents first pressured local officials about an “‘extremist religious group’ seeking to ‘take over our town’ and ‘destroy our neighborhoods,’” according to the complaint. As far as the lawsuit was concerned, the “home monitoring never uncovered significant violations” and “the Township did not conduct a similar surveillance campaign for suspected religious gatherings hosted by anyone other than Orthodox Jews.” It also cited other recent incidents of bias, including a Facebook page accused of anti-Semitism.