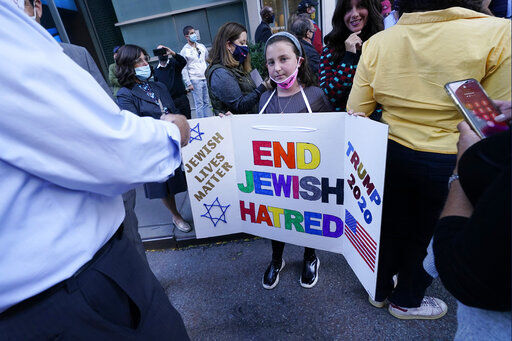 Three Rockland County Jewish congregations are suing New York state and Gov. Andrew Cuomo, saying he engaged in a “streak of anti-Semitic discrimination” with the recent crackdown on religious gatherings to reduce the state’s coronavirus infection rate. This lawsuit comes after two that were filed in Brooklyn and one in Albany, all against the new and unfair restrictions to curb the spread of the virus.

The new measures announced Oct. 6 have resulted in temporarily limiting the size of religious gatherings in the COVID-19 hot spots to 25% capacity, or a maximum of 10 people.

The Manhattan federal court lawsuit that was filed on Wednesday, has now accused the Democrat of making negative, false, and discriminatory statements about the Jewish Orthodox community as he imposed new coronavirus measures to counter the state’s rising infection rate in the so-called “red zone” areas. Quoting the lawsuit, it has been mentioned that Cuomo’s order “not only flagrantly flies directly in the face of scientific evidence”, but it also “specifically singles out the Orthodox Jewish community in what has proven to be the latest extension of Governor Cuomo’s streak of anti-Semitic discrimination.”

Defending himself and claiming that he wasn’t trying to single out any community, Cuomo clarified that the restrictions have only been put in place for the sole motive of protecting citizens against the infection. Cuomo told reporters that he has nothing but “respect and love” for the Orthodox community, and said red zones are based on addresses of residences where more individuals are testing positive for COVID-19.

“The majority of Ultra-Orthodox groups I’ve spoken with have been cooperative,” he said. “There’s a relatively small number that’s uncooperative, and just believe they should be exempt from these government operations,” he said.

The new lawsuit has come nearly a week after an Albany federal ruled in the governor’s favor, as a response to the lawsuit filed by rabbis and synagogues that argued the restrictions were unconstitutional.