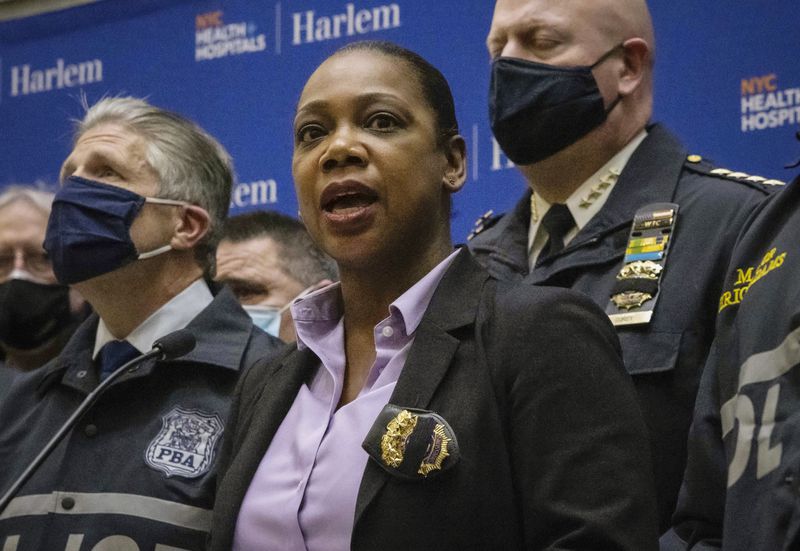 NYPD Commissioner Keechant Sewell made a vow on Tuesday to make the subway system safe and prevent the city from returning to the “bad old days.”

In the annual State of the NYPD breakfast, Sewell also spoke about other crime-fighting strategies.

Sewell revealed that she is fully aware of the surging gun violence in the Big Apple and the unchecked shoplifting merchants have complained about.

She said the NYPD is now mapping out plans to resolve these problems.

The NTPD top said to end the 75 percent of serious crimes on the subway, she had decided to deploy 1,000 police officers in the area every day.

Sewell said these cops have conducted more than 70,000 station inspections in the past five weeks, creating “a blanket of public safety that riders, at all hours of the day and night, can see and feel as they make their way to and from school, work or home.”

“The subway system is for everyone,” Sewell said.

“It is the lifeblood of our city. It must be — and it will be — safe,” Sewell added.

The top honcho of NYPD also revealed that training started last week for the nearly 500 cops who will comprise the Neighborhood Safety Unit and concentrate on gun violence in 34 commands around the city.

She said the new unit follows the disbandment by former Police Commissioner Dermot Shea of the plainclothes Anti-Crime Unit, whose officers were credited with taking guns off the street but also harshly criticized for being involved in too many shootings and accused of unconstitutional street stops and raids without warrants.

Sewell added that the new unit will also not don a traditional uniform, but rather clothing that clearly identifies them as cops.