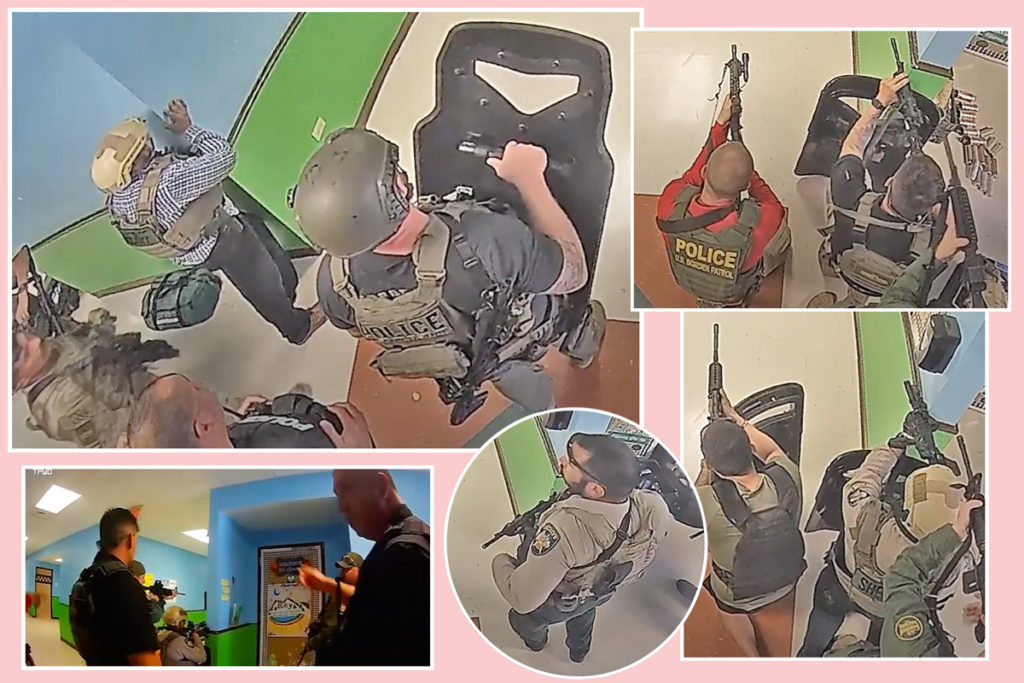 Anger has built up further against the police force that handled the Uvalde shooting after surveillance footage showed cops waiting around for more than an hour and then running away from the shooter despite being heavily equipped with protective gear.

The infuriating new 80-minute footage published Tuesday by the Austin American-Statesman showed that heavily armed police officers, some armed with rifles and bulletproof shields, massed in the hallway and waited more than an hour before going inside and stopping the May 24 massacre.

“This has been the most unprofessional investigation or handling of it that I’ve ever seen in my life,” Uvalde Mayor Don McLaughlin said in an interview with The Associated Press. “These families get blindsided constantly.”

Two officers then approach the classrooms minutes after the gunman enters, then run back amid the sounds of gunfire. Later, about 20 minutes before police breach the room, the video shows a man wearing a vest that says “sheriff” using a hand sanitizer dispenser mounted on the wall.

Hours after the video was published, residents at a Uvalde City Council meeting shouted for action and demanded that police face consequences.